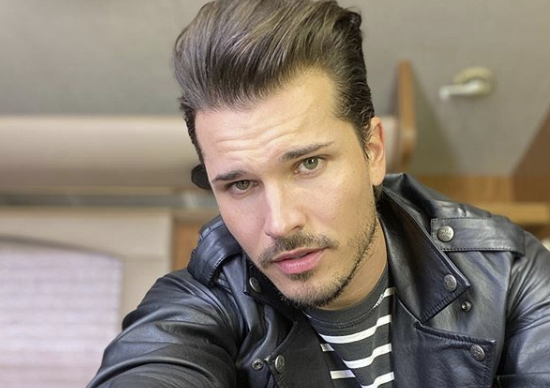 If you follow Dancing With The Stars, you’ve probably heard about Gleb Savchenko’s explosive breakup. Just days after he and his partner Chrishell Stause left the competition, he publicly announced his separation from his wife, Elena Samodanova. After that, rumors spread like wildfire. Many fans concluded Chrishell had something to do with their breakup.

But according to sources, Gleb and Elena haven’t been okay for a while. In other words, their relationship was allegedly on the rocks before DWTS Season 29 ever began. Elena probably didn’t enjoy seeing Gleb cozy up to Chrishell during performances, but the source asserts the problem existed well before she entered the scene.

“Gleb and Elena had been having issues for a few months, and his relationship with [his Dancing With the Stars partner] Chrishell [Stause] was the catalyst to bringing those issues to the forefront and over the edge,” an inside source apparently told Us Weekly. “Gleb is a very passionate person, handsome and always gets attention, and Elena can be insecure.”

This does make a little sense. Ballroom dance is a very passionate athletic event. Could the inside source be right about this?

“It was an ongoing thing while they were together, and it especially became an issue when he was on set, on the road and getting attention from the public,” the insider went on. They added that Elena never adjusted well to the entire situation.

Dancing With The Stars Castmates Stick Together

But no matter how bad things get, Gleb has his eyes on the horizon.

“His main focus is on his kids and trying to spend as much time with them as possible and also making time for himself,” the source continued. “Gleb feels secure and fully supported by the cast throughout everything. Everyone knew this was coming for a long time. So, they aren’t surprised and just have his back.”

Dancing With The Stars castmates are incredibly close. It’s hard not to be close when you spend so much time together. And this is another reason rumors tend to run wild. Other castmates recently commented on the Gleb/Chrishell rumors. Cheryl Burke said rumors come with the job. Alan Bersten said sometimes it’s like being in an arranged marriage. After you think about it, it’s not really that surprising that rumors about Gleb and Chrishell kept springing up.

Shortly after Gleb announced the breakup on Instagram, Elena spoke to the press. She told PEOPLE that Gleb’s cheating ways were the main reason behind their divorce. In turn, Gleb denied the rumors and said that he hoped to keep the details private.

So what do you think? Was Gleb Savchenko unfaithful, or was his ex-wife Elena jealous? Let us know what you think in the comments. Hopefully, the truth comes out soon. We’ll let you know as soon as we know more.