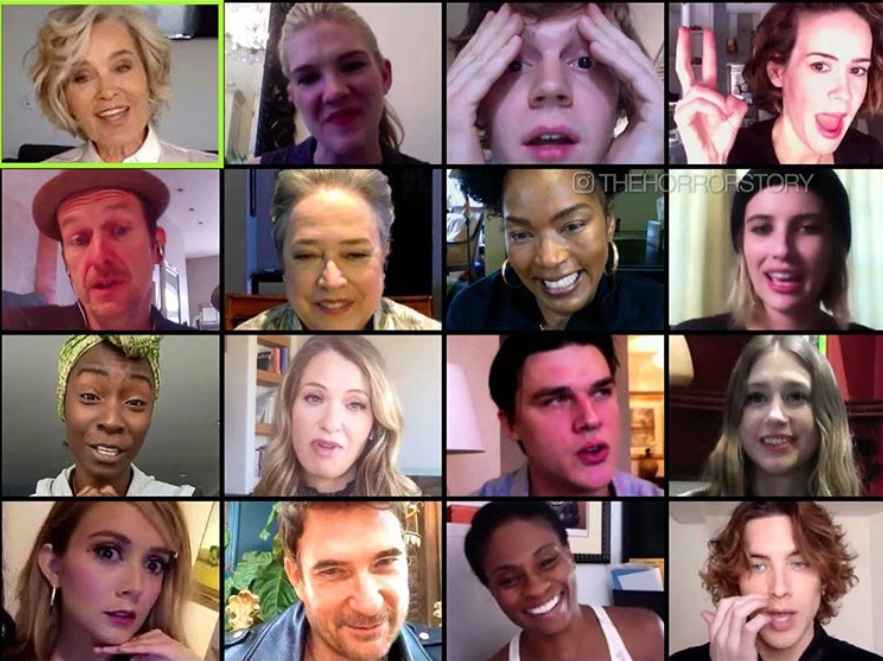 It was recently reported that a spinoff is coming from the popular FX series American Horror Story. Co-creator Ryan Murphy has now confirmed that the spinoff will, indeed, feature several of the original AHS stars. However, there is a filming delay for AHS Season 10 due to the COVID-19 pandemic. The season will now air in 2021.

Horror fans have enjoyed watching American Horror Story for an amazing ten years. Creators Ryan Murphy and Brad Falchuk’s horror anthology series takes on a different setting and cast each season. The creators are currently hard at work on Season 10. So far, Murphy has not yet revealed the theme of Season 10, leaving fans to make their own speculations.

Meanwhile, AHS is not the only ongoing project for Murphy. In May this year, he confirmed a new upcoming spinoff, titled American Horror Stories. The series will run in a similar vein to its parent show. It will also be a horror anthology. However, the difference is that each episode will feature a new horror story. Little more is known of the spinoff at this time, except that the FX show will be available on Hulu. It is also unclear whether the new spinoff will debut in 2021 along with Season 10 of American Horror Stories. However, it is possible this could be the case.

While not much detail is available as yet, Murphy has revealed some details about the new spinoff. He took to social media to reveal the first creepy poster for the new show. The poster depicts a shattered face framing a spider in its web.

More information includes the fact that the first season of American Horror Stories will be 16 episodes long. The season will delve into a series of “horror myths, legends and lore.” Even better, however, is the fact that fans can expect to see the same AHS stars that they have come to love.

When Murphy initially announced the creation of the spinoff, he shared a glimpse into a Zoom call between himself and several AHS cast members. Assuming they will make an appearance, we can probably expect to see fan favorites like Evan Peters, Angela Bassett, Cody Fern and Taissa Farmiga. Many stars were included in the call, pictured at the top of this article, which makes it look like Murphy will be featuring them in the new spinoff show. One thing for sure is that one of the most frequent stars of AHS, Sarah Paulson is likely to star.

Paulson has appeared in several of Murphy’s other shows. These include the recent Ratched and American Crime Story, plus she is set to direct one episode of the new show. However, it is likely the cast members will be announced as the launch of the show gets closer. As noted by Screen Rant, with the production crew busy on American Horror Story Season 10, the spinoff could begin later. Whenever it does air, is will definitely be a must-see for American Horror Story fans.