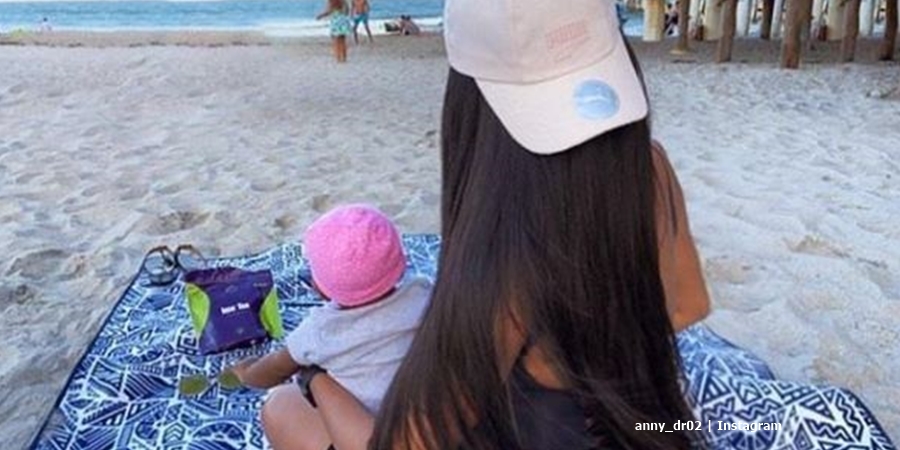 90 Day Fiance fans saw Robert Springs and Anny Francisco’s first baby photos long back. But, the baby news arrived months before that in April. Later, they revealed the gender of their daughter. Since the baby arrived, Anny shared some photos of her little one. But, nobody yet saw her face. However, Anny’s got her own reasons for that.

We reported that Robert and Anny expected a baby girl. And, that their baby arrived safely. Brendah Aaliyah brought joy to the family, and their fans couldn’t wait for more photos. But, they became rather disappointed as the baby always looks hidden in the pictures. And, it sounds like some of them complained about it.

The couple recently featured on 90 Day Fiance: Self Quarantined.  And, fans saw them on TLC’s Pillow Talk. However, with news that the couple feature on Happily Ever After? some fans think they keep the kid’s face hidden until then. Recall, Anny and Robert got some criticism as he already fathered so many kids from old relationships.

Robert, father of many only met Anny for 8 hours

InTouch Weekly reminds readers that “with the arrival of their baby girl, Robert became a father of six kids, five of which are from past relationships.” While they carried on their relationship long-distance, they only met briefly in the Dominican Republic. And, after just eight hours he proposed to her. In fact, many critics thought she only agreed to marry Robert to get into the USA.

90 Day Fiance critics thought the whole thing was like a stroll to the bank for her. So, they wonder if she now messes with them just for the show. Why not reveal the baby’s face unless there’s some very good reason? Well, she explained her reasons in her Instagram Stories, and it’s nothing to do with the show or money. Or, so she claims.

Anny protects her child and not for any financial gain

In her Instagram Stories, Anny said that she can’t put a “price ” on her baby And, she just tries to “protect” her. Anny also clarified that she  doesn’t try and seek “attention.” Notably, she also told the followers that her child suffers from no physical “defects.” For Robert and Anny, they just feel it’s too early to reveal her at the moment.

The 90 Day Fiance couple can keep their child to themselves if they choose. After all, not everyone wants pictures of their baby all over social media. And, some fans understand that. One said on another post by Anny, “Completely understand protecting your beautiful baby girl. Some people on social media have been so cruel to some of your castmates babies- like Loren and Alexi’s cute little guy. I am sure your little angel is beautiful and I bet motherhood looks great on you.”

Do you agree? Sound off your thoughts in the comments below.