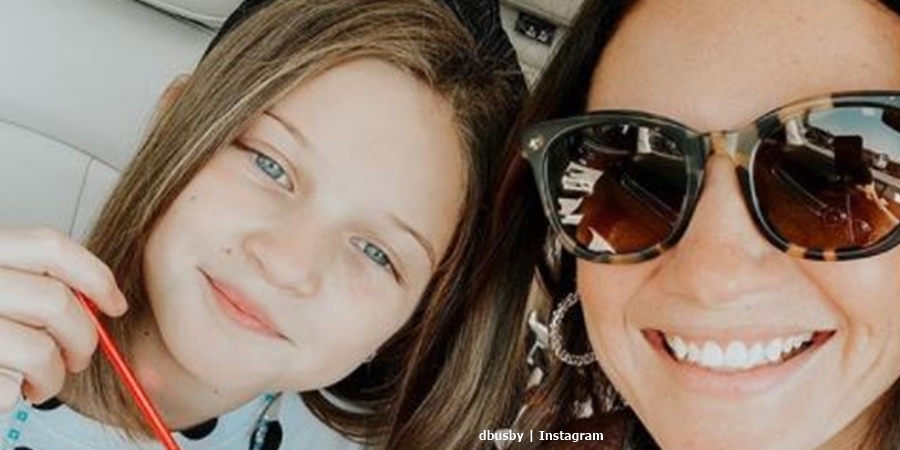 OutDaughtered fans felt so bad for Blayke Busby. They found out from her dad, Adam, that she went to the dentist and got two teeth pulled out. The procedure is all part of fitting her for braces in the near future. Some fans also felt for Adam, as tooth-pulling tends to be a bit stressful for the parents as well.

OutDaughtered life involved a few visits to the dentist lately

The Busby parents take the kids along to the dentist regularly. But recently, we reported that they “split up” all the kids, as six girls at one time at the dentist could be a bit of a “nightmare.” Hazel and Riley went along for the last appointment. And that meant everything was over for the time being. But now, news emerges that Blayke went back to the orthodontist this week.

Adam took to his Instagram and shared a photo of Blayke looking brave in the dentist’s room. Dated Tuesday, November 11, he captioned it with, “Prepping for braces. First step… getting two teeth pulled today!😫 Blaykers did pretty great though.”

Naturally, OutDaughtered fans felt so bad for Blayke. After all, pulling teeth is never much fun at all. So, lots of them hoped the young TLC star doesn’t feel too much pain. And many people who grew up with braces fearfully recalled when their wisdom teeth came out. But Blayke might be too young yet for wisdom teeth. So, maybe they removed some other teeth to allow for the braces.

Most people recall a time they visited the dentist and it hurt. And, those who wore braces talked about the issue of removing teeth first. One of them commented that their “dentist” recommended “pulling wisdom teeth before they even erupted.” Ouch! And others felt that fitting braces at 10-years-old seemed a little bit “young.” After all, young teeth still have some growth ahead of them.

Then, one OutDaughtered fan explained, “orthodontics has changed so much. Starts as early as 1st or 2nd grade.” That surprised some people who waited until their kids hit the 6th grade in days gone by. Some young people who already went through all of this claimed they felt no pain or discomfort with braces at all. One of them wrote, “Let me tell you: braces are not as bad as they seem.”

And another fan agreed, saying, “you can’t feel them and they don’t hurt at all.” But one person sounded rather down. They commented, “I gotten braces in July and I was in the worst pain.” Hopefully, Blayke Busby doesn’t see that comment.

The Mayo Clinic discusses a lot of aspects of braces and the age of a child. In some instances, corrective appliances get used much earlier than the traditional age of eight to 14. But that depends on the “severity” of the problems. For some kids, waiting a few years means the bulk of their baby teeth fall out and the adult teeth already being emerging. So, that means fewer follow-up adjustments like more tooth-pulling.

Well, Blayke from OutDaughtered probably underwent the worst part of getting braces when the dentist pulled her teeth this week. Hopefully, she quickly adjusts to her braces once they get fitted.