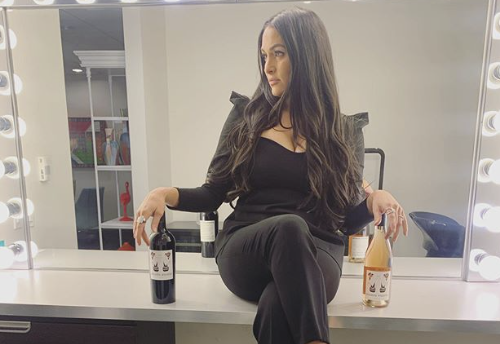 Nikki Bella is having a really rough time lately. She recently announced that she and her fiance Artem Chigvintsev planned to enter couple’s counseling once Dancing With The Stars ended. However, she recently opened up about another struggle — her post-partum body image.

Hardly anyone snaps back to their pre-pregnancy body once the baby is born. But that doesn’t make it any less hard. Nikki Bella admitted she struggles with post-partum depression, and her body issues are likely part of that.

“I don’t feel sexy at all,” the former WWE star told Us Weekly. “Like, I don’t feel beautiful. … It’s so hard to, like, look at yourself in the mirror and just feel disappointed. It’s been, like, a huge struggle on me because even when I would fluctuate in weight, I was still toned and working out and felt good in that way. This was just something different.”

She admits that it’s really hard being engaged to a professional dancer. Artem is competing on Dancing With The Stars right now, so he’s working out and getting trimmer each and every day. But it’s definitely not easy finding time to exercise as a new mom.

“Artem’s dancing and getting more and more ripped,” the Total Bellas star said. “I’ll see him naked and he’ll be like, ‘Oh, I think I’m losing too much weight.’ And I’m like, ‘Oh, that sucks for you. Like you sneeze and you have abs.’”

The Total Bellas Star Just Needs To Be Self-Compassionate

Nikki’s twin sister, Brie, also just had a baby over the summer. However, she thinks Nikki needs to be gentler with herself.

“I think social media now makes us all feel that we have to be real thin, we have to be ripped, and it just kind of messes with your head,” Brie said.

Nikki Bella may be having a hard time adjusting to her postpartum body, but many women are able to relate to her story. It’s refreshing having someone they look up to being so open and honest about their post-pregnancy feelings.

After she gave birth to Matteo, she posted an Instagram live showing off her new body. Many fans admired her for being so brave, but it also makes sense she struggles too. After all, no one really knows what our favorite celebrities are going through on the inside.

Less than 10 mins away from an all new #TotalBellas Come join us on the journey to bringing Matteo and Buddy into this world. 9/8c only on E! 💙N pic.twitter.com/BogQwN5WCV

To keep up with Nikki Bella and her post-partum life, tune in to Total Bellas on E! New episodes air at 9 PM on Thursday nights.