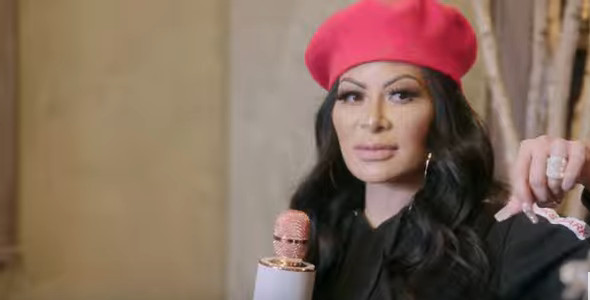 The Real Housewives of Salt Lake City may be the shadiest ladies of them all! During the Season 1 premiere, the ladies did not hold anything back. And they continued to throw shade on social media during and after the show.

Bravo has been teasing viewers with the latest franchise for almost a year. And it was certainly worth the wait. For one, fans finally got the story – or part of the story – behind Mary Cosby marrying her step-grandfather.

Bravoholics have been counting down until the series premiere of RHOSLC. The franchise was first announced back in November of 2019 at BravoCon. Rumors about the cast leaked out in the following months, but Bravo kept mum until a month ago, when the long-awaited RHOSLC trailer dropped.

Ahead of the premiere, several online fan accounts gained access to the show’s pilot. Overall, the reviews were positive, with bloggers promising fans that they wouldn’t be disappointed. Additionally, Bravo did two special drive-in theater showings in the days leading up to the premiere.

The first episode of RHOSLC finally aired on television on Wednesday, November 11th. And the bloggers were right – it did not disappoint! In fact, there is already a feud brewing between two of the co-stars.

From the very first episode, fans learned that Mary Cosby and Jen Shah were on the outs. As told on the RHOSLC premiere, Mary Cosby insulted Jen Shah by saying she smelled like a hospital. During her confessionals, Jen Shah clapped back that she was tending to her double-amputee aunt.

While the two tried to work it out during their co-star’s birthday party, things did not end on a good note.

Fans also got something of an explanation on how Mary Cosby happened to marry her own step-grandfather.

What’s the Story With Mary and Her Step-Grandfather/Husband?

The drama with Mary Cosby and her husband made headlines in the weeks leading up to the premiere. Mary Cosby’s now-husband used to be married to her grandmother. While Mary is not biologically related to her step-grandfather, it’s a headline grabber!

So, of course Mary addressed the situation head-on. She said that it was an arranged marriage of sorts. Apparently, Mary’s grandmother wrote in her will that she wanted someone in the family to marry her husband after she passed away. And Mary was the one who stepped up and wed her own step-grandfather.

Is Jen Shah the Shadiest of All Housewives?

So, Jen Shah and Mary Cosby are feuding. And Mary Cosby married her step-grandfather. Knowing those two things are important in order to grasp the level of shade Jen Shah reached on social media.

A popular ‘game’ social media users play is the “How It Started Vs. How It’s Going” challenge. For example, a married couple might post a photo of their first date as “how it started” and a photo of their growing family, “how it’s going.”

Well, Jen Shah posted a photo of a young girl sitting on an older man’s lap. She compared it with a photo of Mary Cosby and her husband/step-grandfather. The shade of the tweet sent fans over the edge!

How it started: How it’s going: pic.twitter.com/ym7IcMfVQN

It’s unclear if the “how it started” photo is actually Mary Cosby and her step-grandfather, but the shade is clear.

After the premiere, the cast of RHOSLC were Andy Cohen’s virtual guests on Watch What Happens Live. During the chat, Andy asked which of the six Bravo newbies was the shadiest. Not only was Jen Shah voted the shadiest, the other ladies indicated she was the biggest pot-stirrer!

Did you watch the series premiere of RHOSLC? What did you think about Jen Shah and her feud with Mary Cosby? The Real Housewives of Salt Lake City continues with Season 1 Wednesdays on Bravo.

If you missed the series premiere, Bravo put the entire first episode on YouTube.