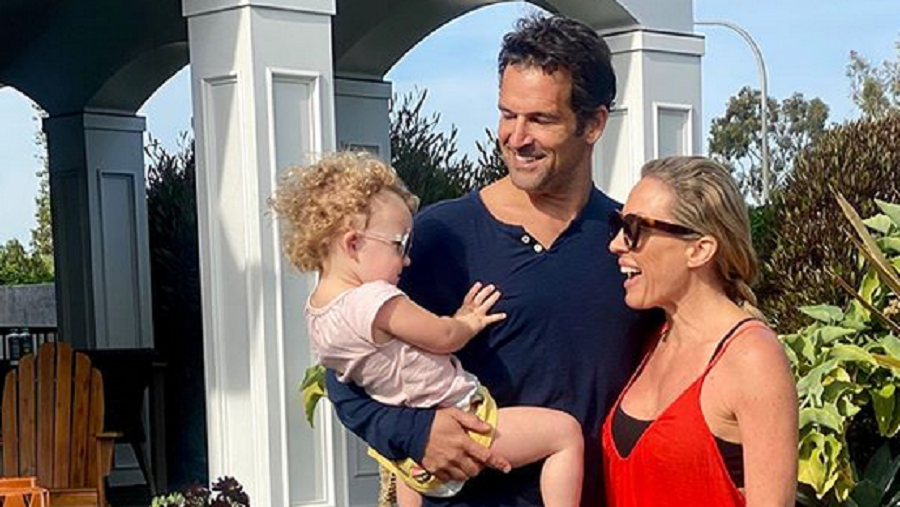 Brauwnyn Windham-Burke has been open and honest about her alcoholism. She kicked off Season 15 of The Real Housewives of Orange County with the tough declaration. Since then, she’s been sharing more details. On Wednesday night’s episode of the Bravo series, Braunwyn opened up about her husband Sean’s role in her alcoholism.

The reality star admitted she used her pregnancies to avoid drinking. Every time she wanted to stop drinking, she told Sean they should have another baby. Braunwyn ended up in an awkward car ride with Gina Kirschenheiter that turned candid. She revealed how her alcoholism has affected certain parts of her life.

On last night’s episode of The Real Housewives of Orange County, Braunwyn told Gina Kirschenheiter that Sean enabled and managed her when she was drinking.

“I’m lucky, though, because I have Sean,” she said while admitting that she kept her sobriety a secret. “He has been managing me for so long. He has been really good at keeping the image I needed protected.”

Braunwyn shared that Sean would take care of her whenever she got drunk at events or become sloppy. The 42-year-old said that Sean would attend Al-Anon meetings, so he could “babysit” her. In a previous episode, Sean admitted to “enabling” his wife during their Valentine’s Day dinner.

Things got tough when she asked him why he let her drinking get out of control. He said: “I think because in my mind I try to make your life like the best I can even if it’s not the right choice. I don’t know. I think I get lost up in it too.”

In the latest episode, Gina questioned Braunwyn and Sean’s marriage. Braunwyn previously confessed that she and Sean split for a time over a decade ago. But the couple worked through their issues and had a vow renewal ceremony. But Braunwyn said she wants to experience it sober.

She also shared that they weren’t living together. But Braunwyn recently revealed that Sean has moved back home and they’re better than ever. The couple shares seven children – Hazel, 2, Koa, 4, twins Caden and Curran, 7, Jacob, 15, Rowan, 18, and Bella, 20.

Braunwyn Windham-Burke and Gina Kirschenheiter attended an AA meeting together. During the meeting, Braunwyn was asked to lead the meeting. So, she made up a speech about Gina.

“She made this speech about how she had displayed this anger towards me and she apologized to me,” Gina revealed in her confessional. “She didn’t have to do that and that meant a lot to me.”

“I feel like I 100 percent have left all of any anger I had towards you,” Gina told Braunwyn when they had coffee. “And I hope you feel that way about me.”

Braunwyn then apologized, adding: “I need you to know that I was trying to hurt you and I’m sorry and I won’t do that again.”

Gina asked Braunwyn if she could attend her upcoming vow renewal in Palm Springs. Braunwyn said she “would love” to have Gina there. Then, her co-star made a promise not to drink at the ceremony. Tune in next week.

New Picture Of Fern & Ivy Seewald Surfaces On Reddit…Kind Of
Kyle Richards Calls Out Lisa Vanderpump: ‘Give It A Rest’
‘Arthur’ Fans Grieve Over News Of Long-Running Show’s End
Meri Brown Gets Cryptic About ‘Being Broken,’ Is She Alright?
Amy Roloff Gets MUSHY As Her Wedding Countdown Begins