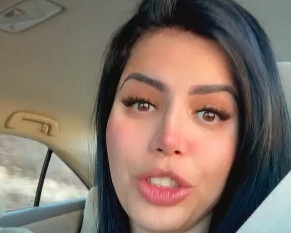 90 Day Fiance alum Larissa Lima recently did a very revealing Q&A video that has shocked some of her fans. The fact that she isn’t happy about the move to Colorado is just one of the things the Brazilian bombshell revealed.

Larissa is letting her fans know that she is not happy to have moved to Colorado. The ex-reality show star said she feels it lacks opportunities. Eric Nichols and Larissa recently moved from Los Vegas to Colorado to be closer to Eric’s family. A move that Larissa doesn’t seem too happy about these days.

One fan asked Larissa whether the people there are more conservative or they are very welcoming towards foreigners. Larissa replied by saying that even though she appreciates the scenic views Colorado offers, the truth is that she “has to make a living.” 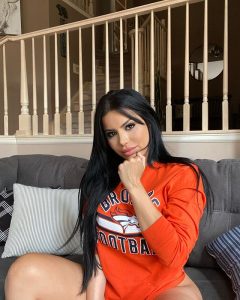 the place. But for someone like Larissa, it’s just not her cup of tea.

Another curious fan asked Larissa whether she wanted to marry Eric. Earlier this year, Larissa said that even though they are not considering something to that extreme like getting married right now, it is definitely something they believe is in their future. This time Larissa, without going into details, went for a clear no, per Tv spoilers.com

Fans are speculating about Larissa and Eric’s relationship

Fans have been speculating that Larissa and Eric are split up. This rumor started after they noticed that she deleted all photos of Eric from Instagram. Viewers also noticed that Eric did the same.

The two even unfollowed each other on Instagram, which is a major financial site they both use to make money. In another Instagram story, Lima posted a fan’s question: “What happened with Eric? He disappeared?” Lima responded with a ‘Wanted’ poster of Eric, implying maybe he left her.

Politics may have been the last straw in their relationship.

Eric took to his Instagram a week ago and had revealed that he bet on President Donald Trump winning the election. This is after Larissa voiced support for former Vice President Joe Biden. The Brazilian star  has voiced concern over Trump’s immigration policies. She even promised to give free access to her OnlyFans for 24 hours if Vice President Biden won. Was Eric trying to stir the pot with Larissa? Did his pro-Trump post lead to the reason for their breakup?

No one knows at this point.

90 Day Fiance returns with a new season in December.