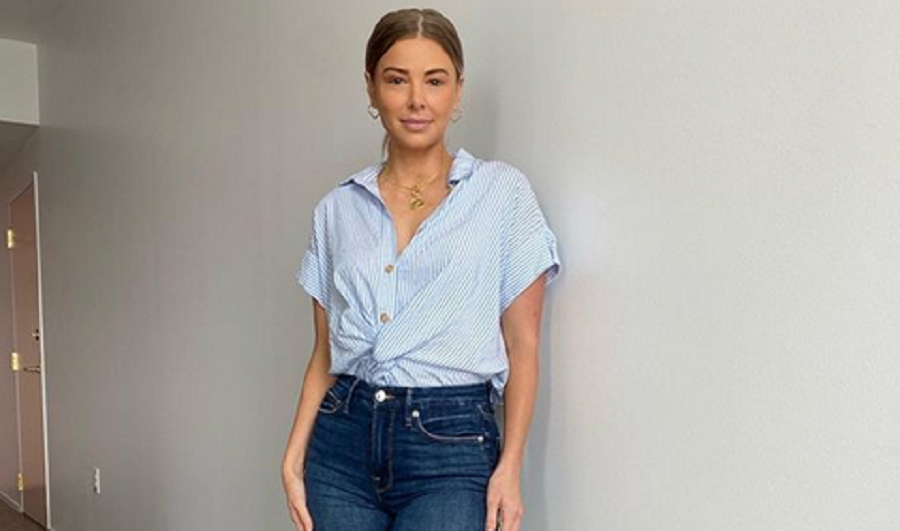 Ariana Madix received backlash for discussing the 2020 Election. Most of her followers know where she lies politically. But the Vanderpump Rules star revealed that 4,000 people unfollowed her in the past week. They didn’t like it when she talked about voting.

More than ever, celebrities and reality stars are getting political. The political climate has increased due to the coronavirus pandemic and the election. While there are some who are keeping their political opinions to themselves, others want to use their platform to make a difference. Ariana is one of those people who will keep speaking out, no matter what.

Read on to learn what happened.

On Tuesday, November 10, Ariana Madix took to her Instagram Story to reveal that she lost 4,000 followers last week. The Bravo star shared a selfie of herself smiling and wearing a gray hooded sweatshirt. She claims the loss was “worth every one of them leaving seeing the vote turnout and ppl more involved in the process. Good riddance.”

The television personality lost followers when she posted a photo of herself taking a chainsaw through an ice sculpture. On Monday, November 2, she wrote in the caption: “Voting is power. See you at the polls tomorrow!” However, Ariana received mostly positive comments for using the empowering photo.

But there were some people who didn’t like the post. One person wrote: “I’m confused as to what this photo relates to voting?” Ariana responded: “got your attention and you read the caption didn’t you?”

Another added: “I don’t really know what is happening in this photo but like you’re slaying in it. You’re like a venus fly because I’ve been trapped.”

Ariana appreciated the humorous comment. She explained that the photoshoot took place in her backyard for her book, Fancy AF Cocktails. The model got creative and used the chainsaw to cut the block of ice while barefoot. She thought it was the perfect photo to use to get people’s attention and encourage them to vote.

While Ariana Madix lost a lot of followers, she still gets a lot of trolls. On Tuesday, November 10, she also posted a photo of herself in a pair of Good American jeans. In the caption, Ariana claimed that she gained quarantine weight, but she looked great regardless. She credited Khloe Kardashian’s jean line for having “denim that hugs my curves perfectly.”

One troll responded: “Did you get enough attention?” Ariana jokingly responded: “never” with the crying emoji. However, on her political post, one fan asked Ariana where she’s been hiding lately.

Another troll responded: “eating her way through COVID” alongside the laughing emoji. Ariana fired back “is there something about your own weight gain that would make you uncomfortable or angry so much that you would project that emotion on a stranger?”

She made it clear that she’s not a force to be messed with. What are your thoughts on Ariana losing followers? Do you like it when your favorite celebrities and reality stars discuss politics on social media? Sound off below in the comments section.

‘Y&R Spoilers : Who Kidnapped Mariah Copeland And Where Is She?
Savannah Chrisley Comes Unhinged In Angry Rant, Why Is She So Upset?
‘Hunting Atlantis’ Exclusive: Stel Pavlou And Jess Phoenix Search For Lost City of Gold
Todd Chrisley Slides Into Chase’s Girlfriend Emmy Medders’ DMs
‘My Big Fat Fabulous Life’ Season 9: Air Date, What We Know