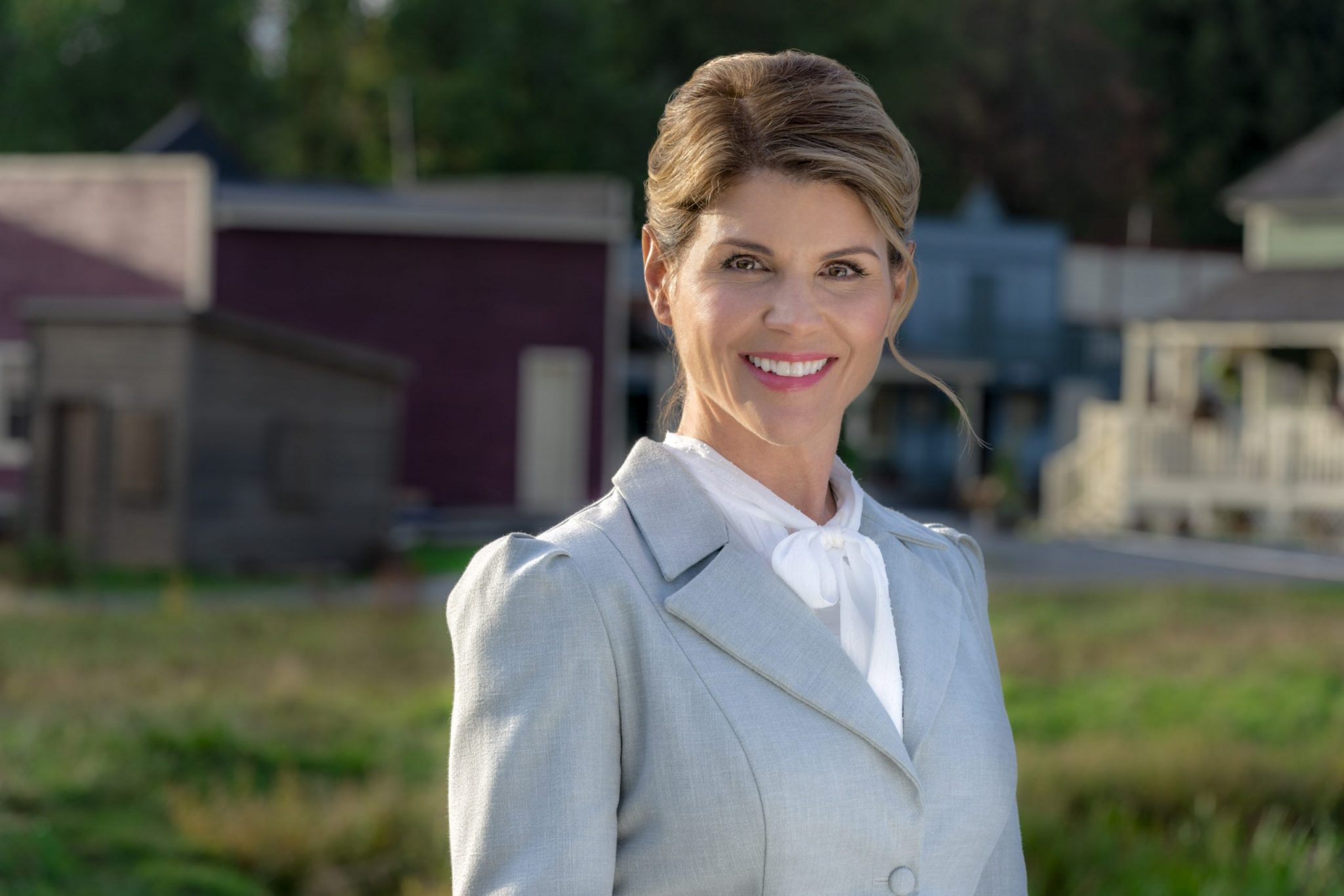 Could Lori Loughlin return to When Calls The Heart? Brian Bird, the executive producer and co-creator of the Hallmark series has indicated that this is an opportunity for forgiveness and grace. More importantly to hearties, he also believes in “second chances.”

When Loughlin’s character, Abigail Stanton left Hope Valley, it was to care for her sick mother. The show could have replaced her or killed her off screen. Instead, they focused on grace, and forgiveness.

Could Lori Loughlin return to When Calls The Heart? The door appears open.

When Calls The Heart Star In College Admissions Scandal

Back in March, 2019 was the announcement of the college admissions bribing scheme.  Not only Lori, but also her husband, Mossimo Giannulli.

Although she is well known for her portrayal of Fuller House’s Aunt Becky, over the years, Loughlin had become a Hallmark staple, In fact, when the indictment came out, she had been in the Vancouver area. She was filming another episode of her popular Hallmark Movies & Mysteries series, Garage Sale Mysteries.

Upon the news, they arrested her on arrival and let her out on $1 million dollar bail. But, the day after she was charged, Hallmark fired her from everything.

Currently, Lori Loughlin is serving out her two month prison sentence at California’s Dublin Federal Correction Institution. Although Page Six has reported that she may be home for the holidays, the When Calls The Heart star is officially there until December 27.

Could Lori Loughlin return to When Calls The Heart when she has completed her sentence? Co-creator Brian Bird certainly indicates that this is possible.

He has shared that Hope Valley is a place for “second chances.” Bird had explained that they they had “a choice.” Either the show was canceled, or they had to “figure out something now.” So, they removed Lori Loughlin from the remaining episodes. Abigail got moved out east, and for now, her character is off screen.

But, Brian Bird admitted that this was very “painful” for them to remove Lori from the show. But, he reiterated, Hope Valley is “a place of second chances.” Making it clearer, he firmly stated, “Not just for stories, but for real life.”

There was no bigger hint that they want to bring Lori back to When Calls The Heart when he stated, “Everybody deserves second chances.”

What About Garage Sale Mysteries?

Although so much of the discussion about Lori Loughlin has been about When Calls The Heart, Garage Sale Mysteries fans want Loughlin to return as well. Moreover, many fans want to see the completed mystery. Right now, Hallmark is not airing any of Lori Loughlin’s work.

After they shut down the movie, and discontinued airing any Garage Sale Mysteries since that fateful day.

Do you want Lori Loughlin to return to Hallmark, once she completes her prison sentence? Do you think that once she does her time, people will forgive her and welcome her back on their television screens?