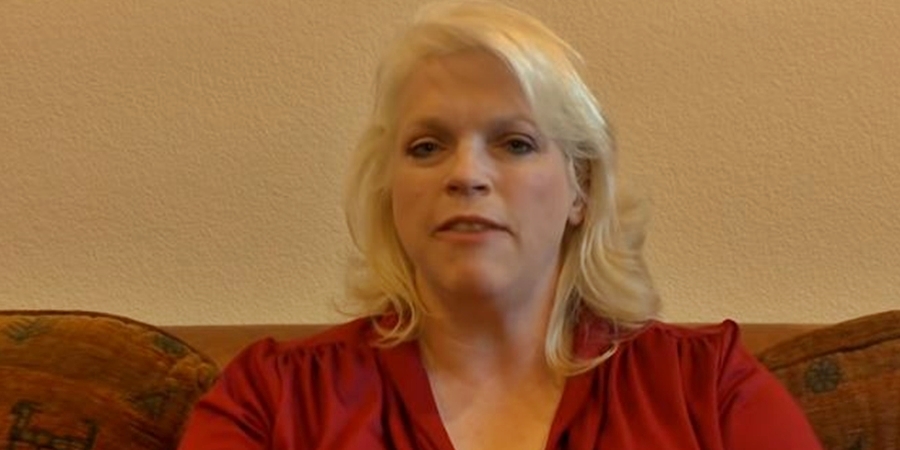 Sister Wives stars Janelle Brown and Savanah took themselves out in the cold to enjoy their first walk in the snow this season. And, some fans seemed amazed as they didn’t know it snowed in Arizona. But, the Brown family lives in Flagstaff, and yes, it snows there up in the mountains.

Sister Wives in Arizona found the cooler weather a novelty

The Brown family moved to Flagstaff from Las Vegas, Nevada. And, back in 2018, we reported that Robyn Brown really loved pretty aspects of the wintry landscape. She told her fans on Instagram. “It is a strange thing for me but I am loving all aspects of the snow.” Meanwhile, Meri enjoyed it as well. And, Christine purchased a snowblower. In fact, playing with a snowblower became Christine’s “favorite thing to do.” Photos of newly cleaned pathways appeared.

Many Sister Wives fans told the TLC stars they’d soon grow tired of the cold and snow. But, it looks like Janelle Brown still welcomes it. On November 10, she shared a photo of Savanah out and about in the snowy landscape. She said, “Snow came down so heavy and wet that not much ended up accumulating. But Savanah and I still had a fun walk in the first real snow of the season. ❄️☃️.”

America’s such a diverse country, and some fans said they seem very far from snowy conditions. And, one person noted, “😳wow! 70 degrees in Ontario Canada…unheard of for November 9😃.” Then, another follower commented, “warm in Michigan right now as well!”  Other fans commented Detroit remains warm, as does the “Upper Mid West.” Meanwhile, one follower talked about Phoenix feeling nowhere near as cold as Flagstaff.

Some Sister Wives fans thought that it probably snowed way too early in Flagstaff this year. But, it’s not that uncommon for November snowfall in Flagstaff. According to currentresults.com, sometimes it snows in October. In fact, October snow falls there one in every four winter seasons. “But one in four Novembers don’t see any fresh snow.” And, major “blizzards” might dump snow on the city almost anytime between “November and April.”

Across the world, fans feel a bit envious

The Brown family, thanks to TLC, airs their show in many countries across the world. Australians and even South Africans watch the show via their various digital channels. And, many of those fans never or very seldom see snow at all. Some of them felt a bit envious of Janelle Brown. They can only imagine walking in the snow or dreaming of a white Christmas.

Are you a Sister Wives fan who never experienced snow before? Or do you live in a place where snow makes you feel too cold and grumpy? Sound off in the comments below.

‘LPBW’ Jackson Roloff Has What It Takes For His Own Show?
Oops! Did Isabel Roloff Accidentally Spill Her Baby’s Name?
Danielle Busby: ‘Best Day Ever’ Sandwiched Between Adam & Girlfriend
‘Thurston’ For Katie? Michael A. Posts, Deletes Flirty Comment On Her Sultry Photo
Todd Chrisley Defends Lindsie’s Recent Run-In With The Cops