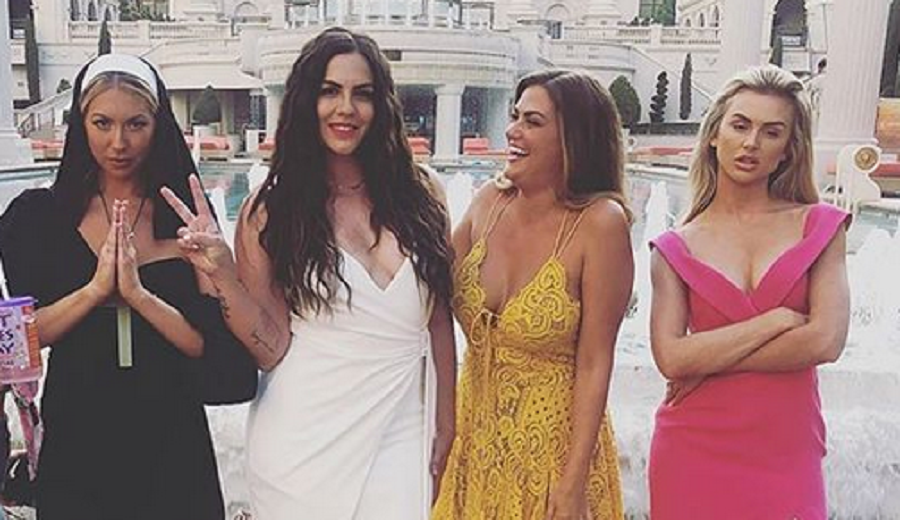 Lala Kent previously confirmed the pregnancy pact rumors. It’s no secret that there’s a baby boom among the Vanderpump Rules cast. Lala Kent is just one of the four moms-to-be. She’s joined by Stassi Schroeder, Brittany Cartwright, and Scheana Shay.

However, Scheana is not part of the pregnancy pact. She and Lala are not on speaking terms right now. Even Stassi unfollowed her on social media. Brittany was the only one who attended Scheana’s gender reveal party.

In addition, Scheana’s doctors told her she would have fertility issues. On Pump Rules Season 9, she froze her eggs. Earlier this year, she suffered a miscarriage. But that tragedy turned into a blessing.

As for the three other ladies, they dished the details of their pact.

All three appeared on the Wednesday, November 11 episode of “Give Them Lala … With Randall.” Stassi Schroeder shared that she and her former Vanderpump Rules co-stars had a pregnancy pact several years ago.

“I mean, we didn’t, like, draw blood and shake hands,” the 32-year-old joked. “We didn’t do any spells. We just said, ‘Hey, that would be really cool. Let’s take that seriously if we can one day.’ And we did!”

Lala joked that Stassi downplayed what happened. “Wow, I can’t believe with you, Stassi, I have to draw blood to make a pact,” the 30-year-old model said. “That was as real of a pact as I’ve ever had in my whole life.”

However, Stassi admits she was on Xanax at the time and can’t “remember s***.” Brittany revealed that they made their vow on a trip to Cabo. However, most of them were under the influence of something except for Lala. She was working through her sobriety and probably had withdrawals.

“You guys were getting drunk as you should’ve been,” Lala recalled the moment. “I was, like, two days sober so I was already emotional as f***, and this was like the most exciting thing that had happened to me since I entered my first AA meeting.”

The reality stars experienced different symptoms throughout their pregnancies. Stassi credited Brittany for being a “trouper” after sharing her experience with morning sickness. The Kentucky native admitted, “I feel like I’ve been sicker than y’all combined.”

Stassi revealed that her biggest symptom was mostly constipation. The “Straight Up With Stassi” podcast host says that she doesn’t even get nauseous. Lala previously shared some of her symptoms on social media, which included breakouts.

What are your thoughts on their pregnancy pact? Do you find it weird or sweet? Sound off below in the comments section.