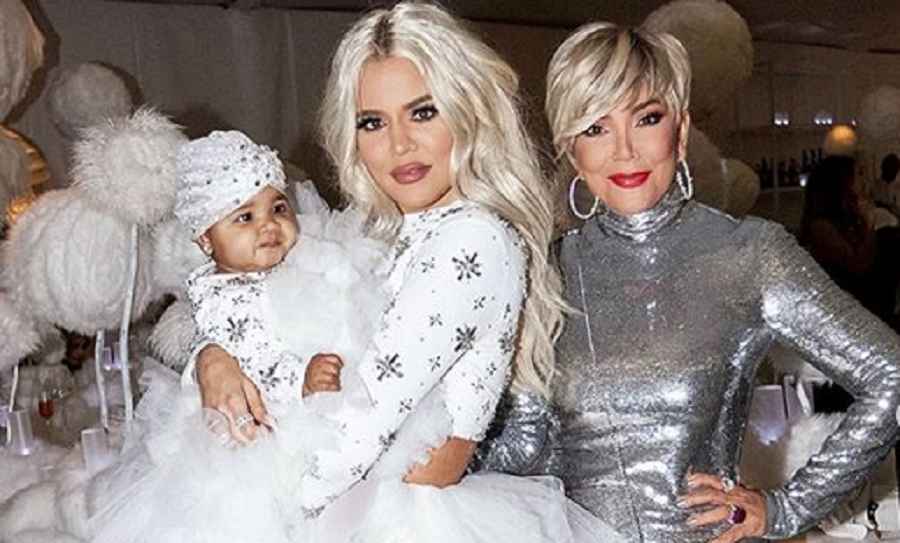 Is the Kardashian-Jenner Christmas party happening this year? Fans are already looking forward to the annual Christmas card. The famous family is known for its fashionable photo shoots around the holiday season. But will a party follow it?

It’s no secret that the coronavirus pandemic hasn’t stopped them from anything. Just last month, Kim Kardashian revealed that she had a 40th birthday bash in an undisclosed location. While she claims that she asked her guests to quarantine two weeks before the trip, she still received a great deal of backlash. This family loves their parties and they have no intentions to stop celebrating, no matter what time of the year it is.

Now that the holidays are in swing, fans are wondering if the Kardashian-Jenner family will throw their annual Christmas Eve party. Kendall Jenner threw a huge 25th birthday bash on Halloween. She received backlash for having hundreds of people in such a small location.

The family’s Christmas parties usually include hundreds of their closest friends. The party size could violate COVID restrictions. Some fans have a feeling that the lavish holiday party won’t happen this year. Khloe Kardashian recently took to Twitter to clear the air.

She admitted that while there is still a global pandemic, the family intends on celebrating the holidays. They will just take more precautions. On Tuesday, November 10, a fan tweeted: “OMG I just realized….. is the Kardash/Jenner Christmas party getting canceled this year???? @khloekardashian”

OMG i just realized….. is the Kardash/Jenner Christmas party getting cancelled this year ???? 😭😭😭 @khloekardashian

Khloe responded: “I pray not! I think it will have to be way smaller obviously. And I’m totally fine with that! But we’re definitely celebrating Christmas!”

The Revenge Body author claimed that their party will “be small and safe.” The family plans on doing “rapid testing before.” They’re trying to figure “what is safest” and best for everyone in mind.

Kardashian-Jenner fan gets backlash for asking

The fan got major flak for worrying about the Kardashian-Jenner Christmas party. Some people took to her tweet to lash out. They argued that there are bigger things to worry about, like a global pandemic. Others doubted that the Kardashians would give up their Christmas plans.

I pray not! I think it will have to be way smaller obviously. And I’m totally fine with that! But we’re definitely celebrating Christmas! It will just have to be small and safe. Maybe do rapid testing before 😳 We have to think of what is safest

“Seriously?” one user wrote. “Asking them to deny themselves anything? No way. This COVID stuff is such an inconvenience for them.”

“Imagine this be one of your concerns,” a second user added.

“We’re in the middle of a worldwide pandemic and a s***show of an election and THIS is your concern? Seriously?” another follower said.

Khloe got backlash as well

That Kardashian-Jenner fan isn’t the only getting backlash. Khloe also got some heat for addressing her family’s holiday plans. Her followers took to her tweet to call her “out of touch.” Others claimed they don’t see the family changing their plans just because there’s a global pandemic. One follower also shared a sad story about the harsh affects of the coronavirus pandemic.

“They haven’t followed the rules so far, so why start now? Rules apparently don’t apply to the filthy rich. My son is sick now and I can’t even see him. He took the COVID test on Saturday and he won’t have results until Wednesday at the earliest,” one fan shared.

“why is it so hard for y’all to just stay home not the end of the world to not have a party damn,” another chimed in.