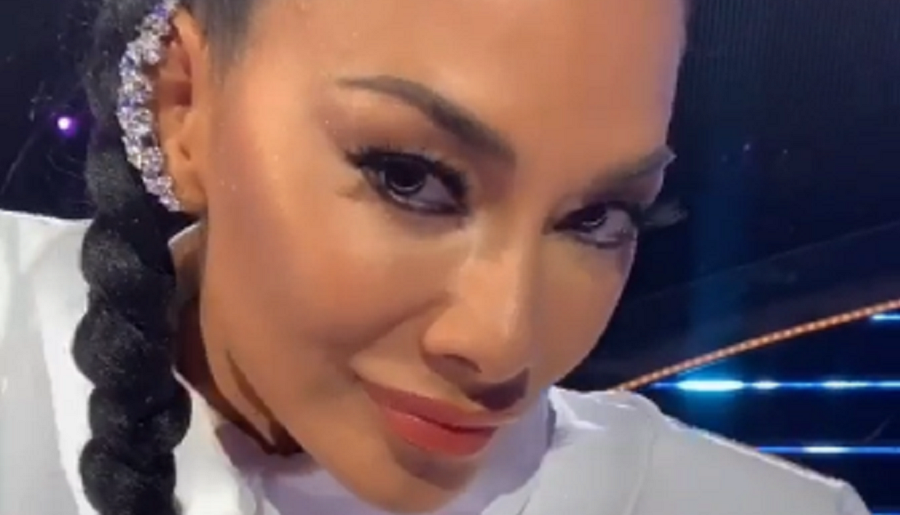 Nicole Scherzinger has a feeling she knows Mushroom’s identity on The Masked Singer. She is currently tied for second in the panel for who can get the most first impression guesses right. So far, this season has seen big names like Busta Rhymes and Wendy Williams.

But there are plenty of famous faces left. Before the Group A final, Nicole revealed that she guessed the performer before everyone else has. Mushroom has kept viewers guessing and wondering all season long. The contestant shocked judges with their performances of “This Woman’s Work” by Maxwell and “If I Could Turn Back Time” by Cher.

Last week, the former X Factor judge guessed Adam Lambert. Now, she’s dropped the biggest hint that reveals she could be right. In a new interview with Entertainment Weekly, Nicole shared her guess before tonight’s episode of The Masked Singer.

“Well, at that point in the show, I didn’t know who it was and it was driving me crazy,” she referred to host Nick Cannon teasing her about not knowing who it is. “But I do eventually figure it out and I am actually the only one who does figure it out.”

The Pussycat Dolls singer said she felt “pressure” from Nick after he said that. She knows that he knows the kind of music she likes listening to. So, she joked that she had to “put the Sherlock Scherzi hat” on and “figure this out.”

Does that mean it’s not Adam Lambert? Or, does it mean that Nicole has already figured out Mushroom’s identity. Fans will have to wait and see what happens. While Adam was a popular choice, fans have shared their thoughts on who Mushroom could be.

“New mushroom guess is @ohyesmario (Singer Mario) because you know, Step Up rewatch,” one fan tweeted.

“I’m really getting onto Billy Porter for mushroom #maskedsinger because there’s just all Broadway clues… and let’s just remember Kinky Boots for a second here,” a second user said.

“I think Mushroom is Jonathan Bennett from Mean Girls..” a third one guessed.

Judge reveals her favorite on The Masked Singer

Nicole also shared her thoughts on her favorite contestants out of The Masked Singer. While she loves the Snow Owls, she’s rooting for the Sun. But she has another favorite as well.

“I personally love owls. I just think that they’re so majestic and they’re actually really beautiful costumes,” Nicole exclaimed. “As for who I’m rooting for, I feel really connected with Sun. I feel that she just really pulled on my heartstrings and whenever she sings she truly emotes. There is a gift of healing with her vocals. And then I’m just blown away by Seahorse’s talent.”

There have been plenty of guesses for who’s hiding under the Snow Owls, Seahorse, and Sun costumes. But fans will have to keep watching to see if they’re right. What are your guesses? The Masked Singer airs Wednesday nights at 8 p.m. ET on FOX.