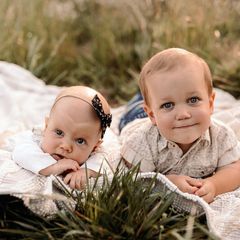 LPBW star Jackson Roloff has proven to be a wonderful help at Roloff Farms. This time he shows he even has skills helping grandmom in the kitchen!

TLC fans have watched as Jackson helps his dad on the farm, feeding the chickens, working on projects with his granddad. He’s even been known to help catch a fish or two, but now Jackson shows people he can also help his grandmother in the kitchen.

Out on an adventure

The Roloff family recently went to the Oregon coast on a family adventure. Making stops at the beach to play with their dog Murphy, but they also go to explore the underwater life at the aquarium. After the fun adventure, Jackson Roloff continued the fun with his grandmother Amy Roloff in the kitchen.

Amy recently went to get a covid test to make sure she was in the clear so that her little buddy Jackson could come over for a visit. After negative Covid testing, we see grandmother and grandmom spend some much-needed quality time together. 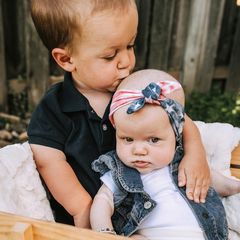 Not only did Amy get to spend time with her grandson but they were joined by Ember, Jackson’s cousin. Jackson seemed to enjoy helping with the food. Even trying to use tongs but they may have been a little too big for the growing boy. Jackson smiled as Amy had him stick his fingers in the cheese and put it on top of the macaroni. This boy loves helping with the food! He even smiled as Amy said he could maybe help with making cupcakes later!

Viewers from the popular tv show have gushed over this cute little boy. Every time Amy or Tori Roloff post pictures on Instagram of the sweet little guy, the post is flooded with happy and positive comments over the adorable Roloff boy. Jackson is the oldest of the grandkids, and he recently was lucky enough to get a little sister.

Jackson’s sister Lilah Ray Roloff was born at 6:52 p.m., weighing 8 lbs., 9 oz., and measuring 18½ inches long. According to a post on People  fans got the news from Tori Roloff that like Jackson their small daughter also has achondroplasia. Although Tor and Zach weren’t very surprised by the news. However, Tori did note that it was still hard to hear that her child was going to be different. Fans welcome the family and love them just the way they are, and welcome every picture posted of the two cuties.