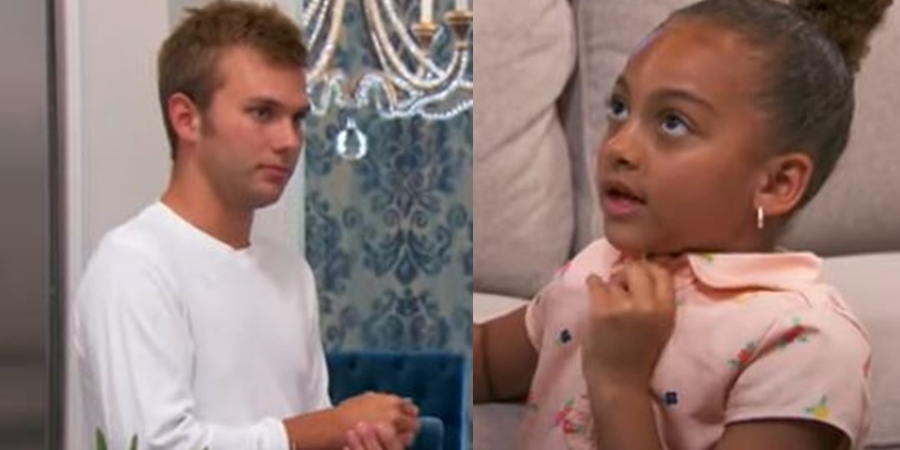 Todd Chrisley and his wife Julie raise Kyle’s daughter Chloe as their own. On Chrisley Knows Best, fans saw her celebrate her 7th birthday. And this year as she turns eight, Chase Chrisley shared a lot of photos of her on Instagram. Fans of the show adored the pictures as they all took Chloe into their hearts.

Chase Chrisley calls Chloe an ‘angel’ on her 8th birthday

We reported that when the Chrisley Knows Best show aired Chloe’s 7th birthday on the USA Network, some fans seemed a bit shocked. After all, Todd broke the family house rules about no pets for her. So, she got to keep her new pet turtle, And, she wanted a huge list of expensive items. At the age of seven, Country Living reminds readers that she wanted a real phone.

Todd and Julie agreed that seven’s a bit young, and suggested they consider one for her “13th birthday.” However, the little scamp persuaded Nanny Faye that she should get one so they could ” text.” Nanny Faye fell for it and gave her a used phone. It’s not clear what presents she received now, but Chase Chrisley called her an “angel” on her 8th birthday.

Fans adore the photos that Chase shared of Chloe

Taking to his Instagram on November 10, the Chrisley Knows Best son shared about Chloe’s birthday. He shared one video clip and four photos of her. Chase’s caption said, “HAPPY 8th BIRTHDAY to the most beautiful little angel! I love you to the moon and back nugget!!”

Then, he said that he “can’t believe” how fast she grows up. Certainly, fans agree she shoots up and no longer looks like a little girl. Then, encouraging the “pretty girl” to enjoy her day, Chase Chrisley added, “Enjoy all your presents and HAVE FUN TODAY!!!” Then, once more, he said, “Love you to the moon and back!! You have my heart forever!!!”

One photo revealed her with her headphones on, some nice sunglasses, and a pretty outfit. And, another one showed her with Chase, Savannah and Grayson. Many fans adored the photos.

One person happily exclaimed that “Chloe shares a birthday” with her son. Then another person noted, “Oh my! Chloe is such a pretty little lady! Her looks are starting to change, sweet!💜.” In fact, many people just seem shocked that she already turned eight years old.

One fan of Chase Chrisley commented, “Happy birthday Chloe!! I just rewatched the episode of your terrible 2s!! Hilarious!!” Meanwhile, other fans noticed that Chloe Chrisley grows into a very attractive young lady. Clearly, thousands of fans look forward to watching Chloe grow into an adult in years to come.

See more of Chloe and the Chrisley family when the show returns on Thursday, November 12.