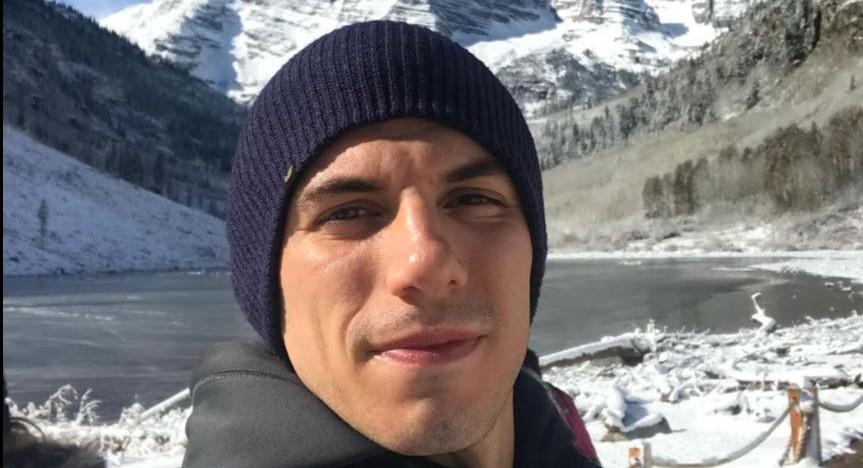 Fans of The Bachelorette saw Peter Giannikopoulos show up last night to mix things up a bit at the La Quinta Resort. He’s one of four men who arrived Tuesday night to meet Tayshia Adams. His big debut on the show was a bit soured by happenings in his personal life outside the show. And, once his bad day started, it never let up. He admits going through a lot of emotions as he navigates through the next few weeks.

Peter diagnosed with Covid-19 and it got worse from there

Peter went to Instagram to share all about his horrible Tuesday. What should have been an exciting day for him, debuting on The Bachelorette,  it turned into a nightmare. Peter said he had been feeling bad for a few days and went to the doctor. He never thought it would be Covid-19. However, he tested positive.

And, as if that part wasn’t bad enough, it got much worse. Peter said driving home from the clinic his anxiety took over. Anxiety took over bad and he lost consciousness while driving. He said, “As a result of the anxiety, I lost consciousness behind the wheel and my car went off road through a guard rail and hit a pole. The air bag deployed, driver side door was wedged in, broken glass everywhere, and I was 5ft away from smashing into a building.”

He went on to say all he remembers is waking up and hearing people screaming around him for help. He felt very dazed and confused. Peter said, “I didn’t know where I was, how I got there, or what happened. Luckily I came out of it with only a small gash on my nose. Truly a blessing as I am a firm believer I had angels watching over me.”

He’s using his case as an example to teach others

Peter started his post by saying how sure he was he wouldn’t get Covid. He said he wears a face mask in public, washes his hands often and practices social distancing. Peter said this is an example of how everyone can be vulnerable to this virus.

He said, “Covid is something we all need to face head on and stay positive during these times. We can’t run away from it nor pretend it does not exist. It creates immense anxiety as a result of me losing consciousness behind the wheel. In moments like this, lean against each other for support and positivity. Although my symptoms are evident, I am going to fight this and win. I understand so many lives have been impacted and my heart goes out to every single person affected. It’s okay to be nervous, anxious, and feeling uncertain, but just remember we are all in it together.”

Peter’s time on The Bachelorette

It’s yet to be seen how long Peter will remain on Tayshia’s season. His first night was Tuesday and other than Jason Foster self eliminating nobody has been sent home yet.

Per The Bachelorette website, Peter is 32 and from Framingham, Massachusetts. He is in real estate and loves to take life by the horns. He is Greek and family is important to him. Peter says his future bride must be able to get along with them all. He admits he wears his heart on his sleeve and falls hard and fast.

He has a dog named Hercules and is actually a skilled Greek dancer.

Thoughts go out to Peter for a speedy recovery.

‘Y&R’ Spoilers: FINALLY! Kyle And Jack See The Truth – Phyllis Was Right
Netflix Original Series ‘Echoes’ From The Man Behind ’13 Reasons Why’
Run-In With ‘Friends’ Star SHOCKED Tyler Cameron & Here’s Why
Tayshia Adams Did What? Zac Clark Spills The Tea
Katie Thurston Proves She’s NOT The Master Of Disguise