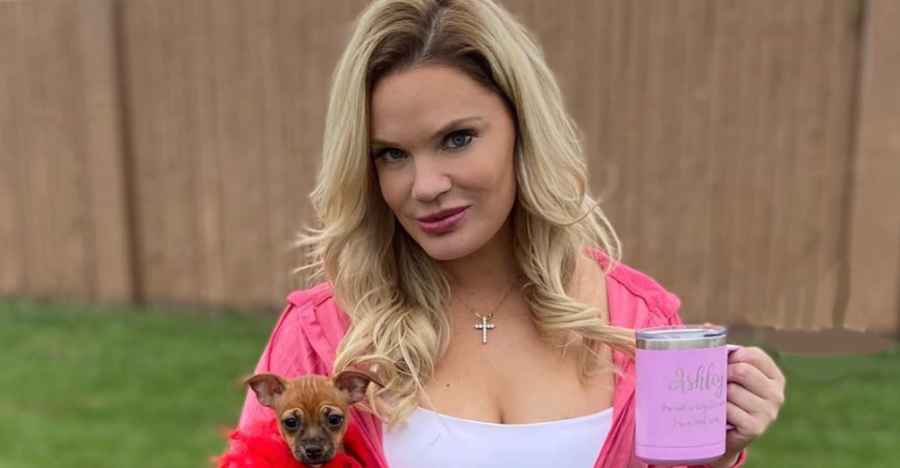 90 Day Fiance: Happily Ever After? alum Ashley Smith recently ran an Instagram Q&A for her fans. Consequently, among the various questions was one from a fan wanting to know, “Do they pay a decent amount to be [on the TLC show?]” Ashley’s response made it clear that she received very little from her appearances on the TLC reality show.

Most 90 Day Fiance fans know that the stars get very little pay for their appearances on the TLC reality show. Therefore, this leads them to open OnlyFans accounts to make money from their fame. However, many fans still want to know if it is worthwhile to appear on 90 Day Fiance.

During Ashley’s recent Q&A on Instagram, one fan asked her, “Do they pay a decent amount to be filmed on 90 day?” The TLC reality star wasn’t slow to come back, criticizing the network. She wrote in response, “I could make more flipping burgers at Burger King.”

Rumors have been swirling that Ashley is currently filing for divorce from her on-again-off-again husband, Jay Smith. She wrote a cryptic message which appears to refer to divorce from her husband. In her message, Ashley wrote, “Sometimes “getting even” of “winning” against someone who has lied on your name for their own benefit isn’t necessary.”

For instance, one should “let it eat away at their conscience if they have one.” Furthermore, Ashley suggested to let karma deal with the problem. Her cryptic message ended with the words, “Don’t put your time and energy into someone who doesn’t deserve it.”

Recall, it was reported early this month by The Blast that Ashley had filed for divorce after accusing him of cheating on her with a stripper. Later, she seemed to confirm the rumors in her Instagram Story, In the story, she wrote she was on her way to her fourth martini, after “filing to be a single woman.”

In the meantime, Ashley joked on her Instagram Stories that she was looking for a new job. She wrote that she was about to get a job, commenting on “the amount of hot guys walking in here in the past twenty minutes.” Ashley is definitely looking around for love.

News of divorce isn’t anything new

Ashley’s fans on social media aren’t exactly surprised she is filing for divorce. This was after she found out Jay had cheated on her again. Smith posted a TikTok video where she talked about the stripper, admitting she had lied to the world. Moreover, Ashley says she is ashamed and embarrassed to have let it happen again.

The TLC reality alum went on to ask “And what did he do?” She said she had caught him messaging a stripper. What’s more, it was the same stripper from before. It seems if Ashley does finally divorce Jay, this will be the third time lucky for the TLC reality alum.

Currently, fans can enjoy 90 Day Fiance: The Other Way on TLC on Sundays at 8 pm ET. Then a new season of 90 Day Fiance premieres in December.

Danielle Busby Shows Us Why Parker Is NOT A Morning Person
’90 Day Fiance: The Other Way’ Spoilers: Did Ellie & Victor Break Up?!
Amy Roloff Gets MUSHY As Her Wedding Countdown Begins
‘Y&R’ Spoilers: FINALLY! Kyle And Jack See The Truth – Phyllis Was Right
Todd Chrisley Calls Chase ‘Stupid F*ck’ In Rare Outburst – Hear The Shocking Footage