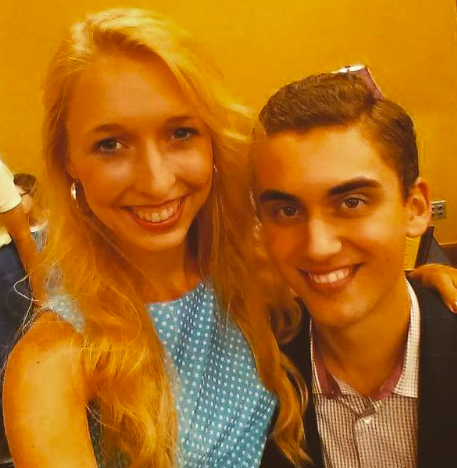 Welcome To Plathville is one of TLC’s latest and controversial shows. The Plath family has a whole clan of unique children. But one of their lesser-known kids is their oldest daughter Hossanna Plath. So who is she?

Some people hate them, while others love them. But either way, the Plath family will be back for Season 2. And this time around, the children are stealing the spotlight.

The Plaths are a big family from a rural part of southern Georgia. The family consists of 11 members, two parents, and nine children. Kim and Berry are parents to Ethan, 22, Micah, 19, Moriah, 18, Lydia, 16, Isaac, 14, Amber, 11, Cassia, 9, and Mercy, 7. Their kids are all over the spectrum from timid to rebellious to some that have avoided the reality TV spotlight altogether, like their daughter Hosanna.

Hosanna Plath, 21, is a violinist who tours full-time with her pianist husband Timothy Nobel. She, however, did not make an appearance in Season 1, minus a quick intro on the first episode. So, many Plathville fans do not know much about her.

Who is Hosanna Plath?

Hosanna Plath is the second of Barry and Kim’s nine children and their oldest daughter. According to The Cinemaholic, Hosanna attended Stamps-Baxter School of Music, where she studied under Allison Speer. The Plath parents have proudly shared that their mysterious daughter is an extraordinary musician who knows the piano as well as the banjo, dobro, and guitar. However, she is most well-known for her violin skills, which she began to learn at age 5 from her mother.

Hosanna was actually the first child to move away from the Plath family and rural Georgia. Now, she lives in Ohio with her equally famous musician husband. The two first met while he was playing with his family band. The young couple got engaged in the summer of 2018 and were married on June 29, 2019, in an intimate ceremony. They have been performing together on the stage ever since and have conducted shows in Missouri, Michigan, and Indiana, in addition to their home state of Ohio.

It seems that Hosanna’s decision to leave her family was not an issue for the Plath parents. The Plath family was actually incredibly excited for Hosanna’s new chapter. But that response is not exactly the same for the other Plath children who try to spread their wings from the family nest.

Despite the never-ending efforts of the Plath parents to keep their children sheltered from the world, a few of their oldest children are headed down different life paths. And this time around it won’t be as joyous as Hosanna’s experience. Be sure to check out all of the drama in Season 2.