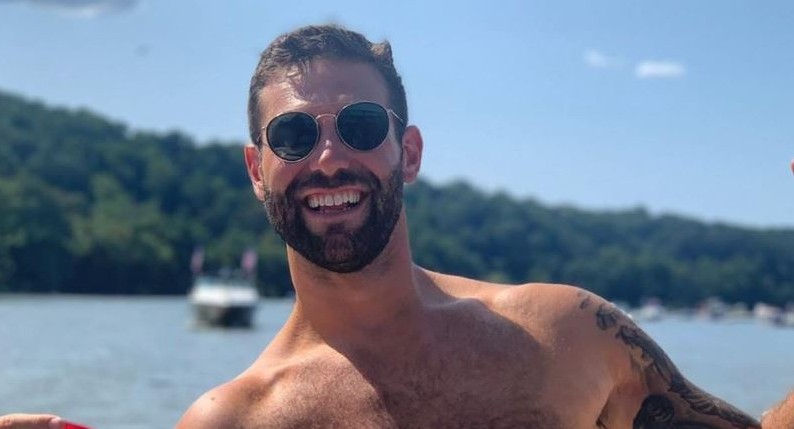 Jason Foster had a hard time when Clare Crawley decided to bail as The Bachelorette. He was her first one-on-one and he really tried to open up to her. She appeared to have broken down some walls and had an impact on him. Jason did have a connection with Clare. Now, he’s not sure he can continue on with a new leading lady. In fact, he almost didn’t show up to the cocktail party. He was the last one to arrive. However, he’s still not over Clare so he may be having second thoughts. So, what goes down?

US Weekly shared the scoop on the struggles Jason is having staying on Tayshia’s journey. He was upset when Clare left with Dale. He said, “I’m in disbelief. I’m crushed. I don’t know if my heart is going to come out. I opened up to somebody like I’ve never done before.”

So, when Chris Harrison announced they had a choice to make he remained unsure what he would up until time ran out He showed up to the cocktail party to see what new journey awaited the remaining 16 men.

In a clip of an upcoming episode, Jason says to Joe Park, “I’m hanging on by a piece of floss. It’s not fair to Tayshia. If I’m gonna be here, she deserves all of me.” He continues saying, “I’m fighting still, but I don’t know how much more I have left, and I’m just being brutally honest with you man.”

He decides to go talk to her

Jason ultimately decides to go talk to Tayshia in her suite. In a confessional he says, “Tayshia is gorgeous. She’s given everybody the chance that we all deserve. But I can’t just flip an on and off switch with somebody else. It’s just hard to move on.”

When he goes to her room he apologizes for coming so late on a Sunday night. She invites him in and they sit down to chat. He said, “I wanted to come and chat with you a little bit. I took this journey not knowing what to expect.”

The clip ends with that. The former NFL player has a tough decision to make. Do you think he leaves on his own?

Jason has lost tons of weight

The former Tampa Bay Buccaneer football player weighed a lot more when he was playing the game. He was once 326 pounds! He’s had a long journey to lose weight and he’s proud, as he should be. In fact, he actually poked fun at himself when he got out of the limo on night one. He was wearing a fake belly.

Will Jason be able to get past the connection he had with Clare to try and form one with Tayshia? Stay tuned and don’t miss The Bachelorette tonight on ABC.