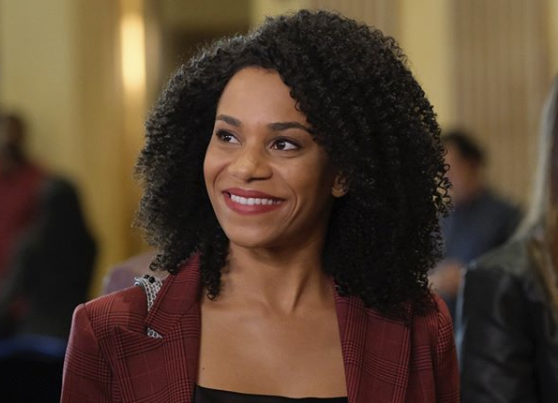 Grey’s Anatomy Season 17 premiers on ABC this Thursday. Fans can look forward to a two-hour crossover event with Station 19. The fun kicks off at 8 PM eastern time. Grey’s Anatomy actors Kelly McCreary and Anthony Hill recently sat down with ET to dish on all the action.

“We are starting the story of the season basically about a month into the pandemic. So it’s still relatively early on when there is a lot unknown, and there is a lot of urgency and there’s a lot of stress and work to be done in the hospital, and trying to grapple with all of the newness and danger of the disease,” McCreary (Dr. Maggie Pierce) said.

Grey’s fans remember the season ended early back in the spring, leaving a lot of loose ends. But don’t worry — all that drama will be addressed too. McCreary adds that Grey’s will use flashbacks to resolve some of the dramatic cliffhangers and fill in the gaps.

“None of the storylines have been dropped off. They will all be resolved. You will get all of the answers to your favorite cliffhangers from last season,” she told ET.

MOOD because the #GreysxStation19 premiere event is this week! pic.twitter.com/QFu54OJ3Tj

Grey’s Anatomy Adds A New Couple To The Mix

Many fans waited all year to know how the Tom/Teddy/Owen triangle will play out. But fans can also look forward to some new storylines too. Anthony Hill joins the cast as Dr. Winston Ndugu. We first saw him last season when Maggie bumped into him at a medical conference.

“The romance is, right from the start, a long-distance romance due to COVID-19 and the protocols that are in place around the world, especially for doctors,” Anthony Hill told ET. “Maggie and Winston are having a relationship that’s playing out virtually. A lot of people are dealing with this — a lot of people around the world — not just [in the] medical world, like I said, but the dating world. Single, couples all alike are on their screens and on their phones and on FaceTime and having dates in this way and getting to know each other in a different way. That’s where we find [Maggie and Winston], getting to know each other virtually.”

Kelly McCreary adds that she believes the Grey’s Anatomy cast has an amazing opportunity to tell the stories of frontline workers.

” … A lot of these patients are just becoming numbers and we’re forgetting that they’re people who have families, who, their exposure to this virus was not necessarily something under their control and something that they could prevent because they were essential workers,” the Grey’s actress said. “It’s our job as artists to shed light on the parts, the stories of humanity that go untold. And as we write the history of this moment, we don’t want to let this be a big number. We want to know that these are people and that people treated them, people tried to help them. People left their own families at home and stayed in hospitals or crashed on gurneys overnight in order to help them. They’re actual people, so it’s incredibly meaningful that we get to pretend to be those people this season.”

Make sure you don’t miss the new season of Grey’s Anatomy on ABC.