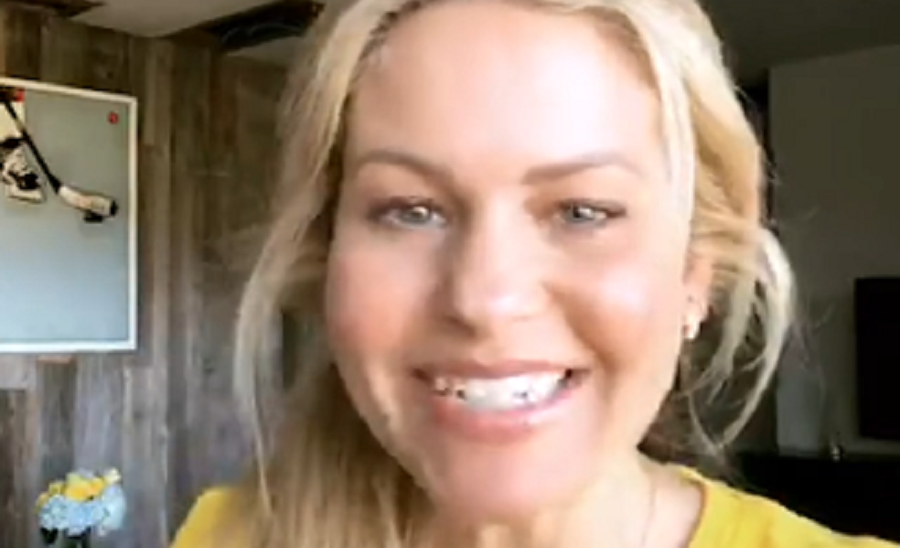 Candace Cameron Bure weighed in on the possibility of a Season 6 of Fuller House. Earlier this year, the show ended after its fifth season. Fans figured that would be the end of the Netflix sitcom.

The original Full House series ran from 1987 to 1995. And over 20 years later, Fuller House found its own footing. While it didn’t have the Olsen twins, it had D.J. Tanner. She was widowed and left with three sons to care for.

The Netflix reboot also included her sister Stephanie (Jodie Sweetin) and her best friend Kimmy Gibbler (Andrea Barber). All three women lived under the same roof as they navigated how to form a family unit. And it was popular for five seasons.

In June 2020, Fuller House ended. According to Business Insider, the cancelation came after a decline in viewership. It was no longer the popular sitcom that it used to be. But the hardcore fans still supported the show. In her latest interview with Us Weekly, Candace Cameron Bure expressed an interest in returning to Fuller House for Season 6.

“We would absolutely love it if we could because I think there are so many fun stories to tell with the Fuller House gang … People are still watching the show that isn’t caught up on Netflix,” the former child star said. “I still receive daily messages five months later that are like, ‘What’s happening with season 6? There’s just so much more there.”

Candace says she’s still hopeful. She hopes that Netflix will grant it another season. The series finale of Fuller House left a lot of plot holes. But Netflix hasn’t reversed its decision. However, another streaming service or network could pick up the show.

Could Fuller House be revived with another spinoff?

Candace Cameron Bure previously joked about reuniting with her co-stars for Fullest House. This came before Netflix confirmed it canceled Fuller House. The family series is popular enough for another Full House update. But for now, Candace said that she has another idea that she and co-star John Stamos already talked about.

Aside from playing “Uncle Jesse,” on the show, John also served as executive producer His idea is to release a prequel spinoff following a younger version of Jesse Katsopolis. This is long before he moved into Danny Tanner’s house. It also happened long before Stephanie and D.J. were born.

While Candace wouldn’t appear on the prequel, she’s still open to producing if such a project happens. As fans know, she produced some of the episodes on Fuller House. She was also responsible for most of Season 5. What are your thoughts? Would you like a Fuller House Season 6? Sound off below in the comments section.

OH NO!!! Jessa & Ben Seewald Are Hurting For Money After Giving Birth?!
Preview: ‘Mr. Corman’ Takes On 30-Something Panic Attacks And Regret For AppleTV+
Thomas Jacobs Looks Back On His ‘Bachelorette’ Journey
HGTV’s ‘Cheap Old Houses’: Release Date, How To Watch, Plot, Spoilers
Courtney Waldrop Says Rawlings Is Left Out Of Latest Family Function See Why