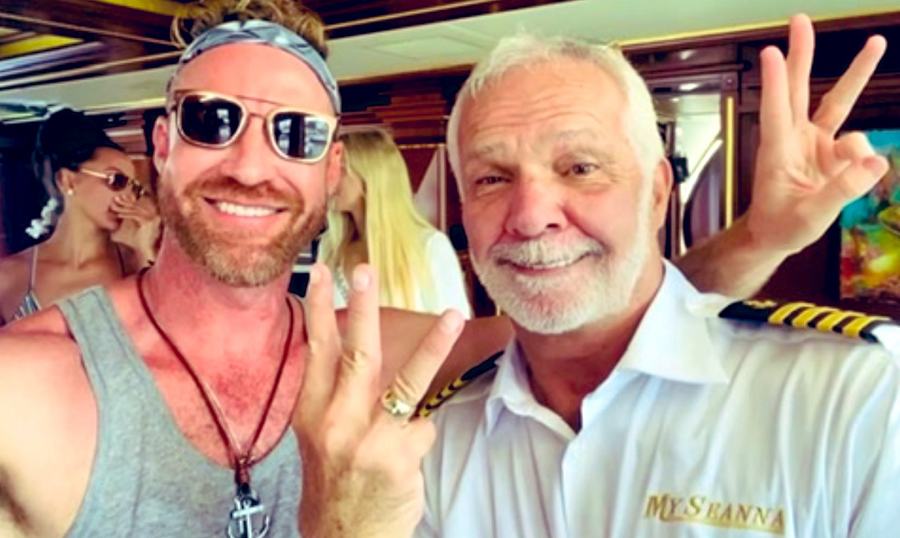 Below Deck Season 8 is already a dramatic season. Viewers stressed out during Monday night’s episode. They noticed how demanding charter guest Charley Walters became. He was constantly hounding the crew and asking for all kinds of requests.

He received a lot of backlash on social media. Fans found his Twitter account and slammed him for his inappropriate behavior. As TV Shows Ace previously reported, they were disturbed when he asked one of the crew members to wear underwear during dinner. His appalling behavior has left a bad taste in many people’s mouths.

Now, he’s speaking out about the drama. Charley Walters says production told him to be rude to the crew.

Charley Walters received a lot of criticism after Monday night’s episode. Below Deck fans slammed him for complaining about the dinner service and simultaneously asking for someone to unpack their luggage. Charley even showed up in the galley when the service wasn’t moving to his liking.

Service slowed down when chief stew Francesca Rubi assigned Isabelle “Izzy” Wouters to unpack the luggage. Unfortunately, the stew has been having a tough go at her job. She expressed an interest in working on the exterior instead of the interior. But then Charley Walters revealed on Twitter that the guests did not request to have their luggage unpacked.

“This was not requested in advance but It happened on every other charter I was on,” Walters tweeted. “Side note: The reason we had so much luggage is that we went from Antigua to Brazil for Carnivale following! It was a 3-week trip and the last big party before COVID hit.”

In addition, the guest made an extreme breakfast request, which impacted chef Rachel Hargrove’s spirit. The guests sent back food, insisting it was made incorrectly. But Charley defended their decision. He claims that charter guests are encouraged “to come up with the most extravagant orders you can think of.”

One viewer took notice of Charley’s Twitter handle. They asked other fans to drag him on social media. “Here is the primary’s Twitter. Do your thingg people!” the user wrote. Charley was active on Twitter during the episode.

I'm used to this, gang. Do you think @BravoTV has repeat guests back to play nice and be "not demanding"? That's not what I was told! 😘

Charter guest claims he was “told” to be demanding

During Monday night’s episode of Below Deck, Charley argued that production “told” him and his guests to be more demanding. As fans know, this the guests third time on the yacht. Their demands have increased with each trip.

“I’m used to this gang,” he joked on Twitter. “Do you think @BravoTV has repeat guests back to play nice and be ‘not demanding’? That’ not what I was told!” Another fan asked Charley if producers “told you to act like a piece of s*** to the crew?” Charley responded, “Correct. That’s what makes the show.”

I'm used to this, gang. Do you think @BravoTV has repeat guests back to play nice and be "not demanding"? That's not what I was told! 😘

But fans aren’t buying his claims. They think Charley is showing his true nature. Despite the backlash, he’s been handling it will. Charley also claimed that his group missed former chief stew, Kate Chastain.