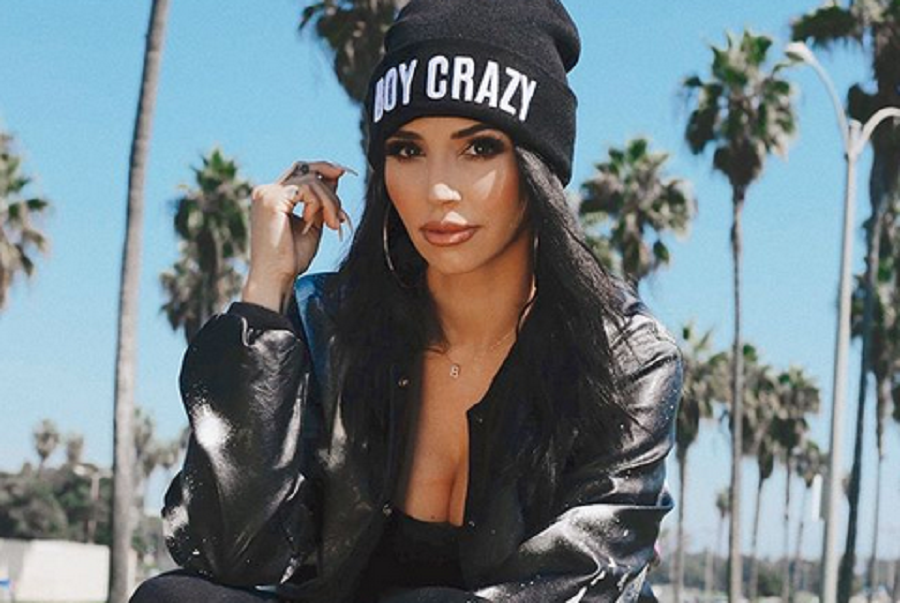 Scheana Shay just wanted to enjoy a football game over the weekend. Little did she know, she would get so much backlash. The Vanderpump Rules star made an effort to protect herself. She wore a face mask as she attended a game for the Chargers.

But her followers weren’t happy. Some of them took to Instagram to mommy-shame the reality star. They felt that it was risky for Scheana to attend the game pregnant amid the ongoing coronavirus pandemic. She filmed the event on her Instagram Stories in a series of clips.

The Pump Rules star had a good day with her boyfriend Brock Davies and her family. Scheana Shay watched the Los Angeles Chargers take on the Las Vegas Raiders at the SoFi Stadium. Unfortunately, her team didn’t win. And she ended up with a lot of hate on social media.

Scheana took to Instagram to share a clip of herself in the video. She was clad in a Chargers jacket and face mask. She showed off her ticket to her fans. In the caption, she excitedly wrote: “CHARGERS!!! OMG our first game this season!!!! ⚡️⚡️⚡️”

But her fans weren’t amused. Some of them mommy-shamed her for attending the event in a pandemic.

“You should be protecting yourself and baby and playing it safe by stay[ing] home and away from people,” one follower told her.

But fans quickly defended Scheana. “Omg girl have fun live your life, enjoy that handsome man and your mama time,” an Instagram user wrote. “Ew here come the mom shamers & baby isn’t even here yet!!!” another fan chimed in. “You do that thaaaaang girl, keep brushing them off.”

Most of the followers joked about the Chargers losing. But they were right. They ended up in a disappointing 31-26 loss to the Raiders. But all that matters is that Scheana had a lot of fun and made many memories. She was there with her family and that’s all that matters to her.

Scheana Shay immediately noticed the backlash on Instagram. She took to her Instagram Stories to defend herself. The Bravo star continued to post Sunday’s festivities. In one clip, she had a response for her haters.

“And to all of you commenting and saying I should be at home and protecting my baby, do you see another person here other than my family?” Scheana panned the camera around the stadium. “Oh look! Look at all those empty seats! Oh my God! So many people! No! It’s just us!”

Then, she was touched when the stadium congratulated her and Brock on their baby news. Once again, Scheana teased her followers that she’ll reveal the gender of her baby on November 11. As TV Shows Ace previously reported, her followers accused her of posting clickbait about her gender reveal party. Scheana argued that she would rather announce it on a special day.

What are your thoughts on Scheana attending a football game? Do you think it’s fair for her to get mommy-shamed? Sound off below in the comments section.