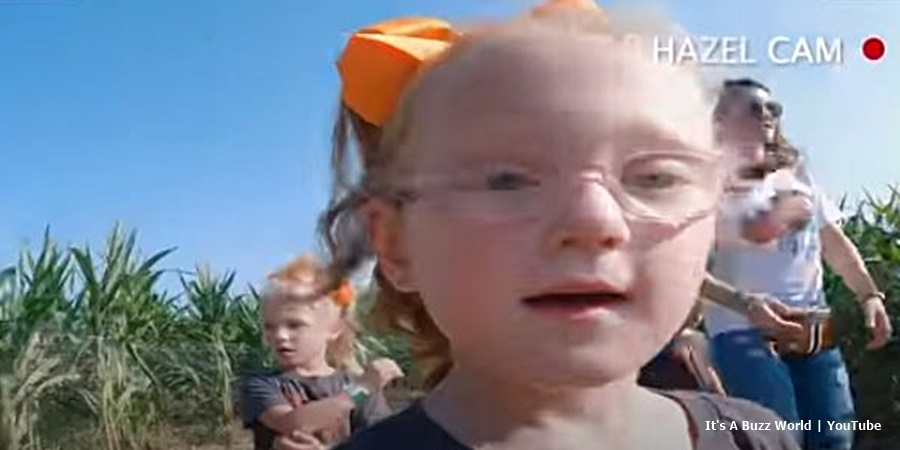 Outdaughtered dad Adam Busby sounded a bit hesitant when the family opted to visit Froberg’s Farm. He said that “chasing after six kids” on a farm doesn’t sound like a lot of fun to him. The quints sounded so excited because they knew Froberg’s has a corn maze. And, Adam’s feeling of dread became reality as they got lost in it.

When Adam’s new Vlog started, he said that he wondered if they’d “ever get out the maze.” And, even the kids sounded a bit forlorn as they asked their mom Danielle what she could see. She just said, “more corn.” With Riley leading the charge, off they went. But, very soon, they found another passage which Lulu wanted. However, they ignored her and followed Riley. Taking a turn to the right, off they went.

Later, Lulu took the lead, and also chose an exit on the right. But, the cute OutDaughtered quint soon gave up. So, they stopped and looked at the corn. And, Danielle explained it’s the same as the corn that their dad “shucks.” But corn in such vast numbers gets boring after a while. So off they went again. Well, except for Hazel who seemed “fascinated” by it.

What happened next in the corn maze?

Adam laughed because Hazel kept saying, “Mama look! Corn!” While the rest of the family sprinted off, Adam stayed with Hazel so she could look at the corn. When Hazel realized the family got ahead of her, she ran to catch them. But, the others jumped out roaring and gave her such a fright. Next, Parker took the lead. Could she guide them out the corn maze?

But, nope, she also led them to a dead end. So, the OutDaughtered quint nominated Riley as the leader. However, she started taking them back the way they just came. So, they stopped for a bit and Hazel spoke into the camera and told you, her audience, they went in a “corn maze.” Aww, no wonder fans think she’s such a cutie-pie. And, she told the camera that she thought she “heard a snake.”

Watching the kids in the corn maze might feel like the most wholesome thing you ever watched in your life. It seems that just about everyone’s so stressed, sad, and unhappy right now. So, people felt very happy at the simple joy present in Adam’s Vlog. One person noted, “this channel that cheers us up and makes us happy in those predicaments. these very kind and helpful people give hope for our future.”

Others also agreed with that sentiment. But, let’s go on with the OutDaughtered family a bit more. Hazel started leading the way, confidently. Next, Ava took over. But, she seemed a bit uncertain, so Blayke took over. Meanwhile, Hazel told her mom she found “more corn.”

The popular TLC family finally made it out the maze. But let’s leave that for you to discover. The full video’s below for your enjoyment.

What did you think of the OutDaughtered family being lost in the maze? Did you enjoy it? Sound off in the comments below.