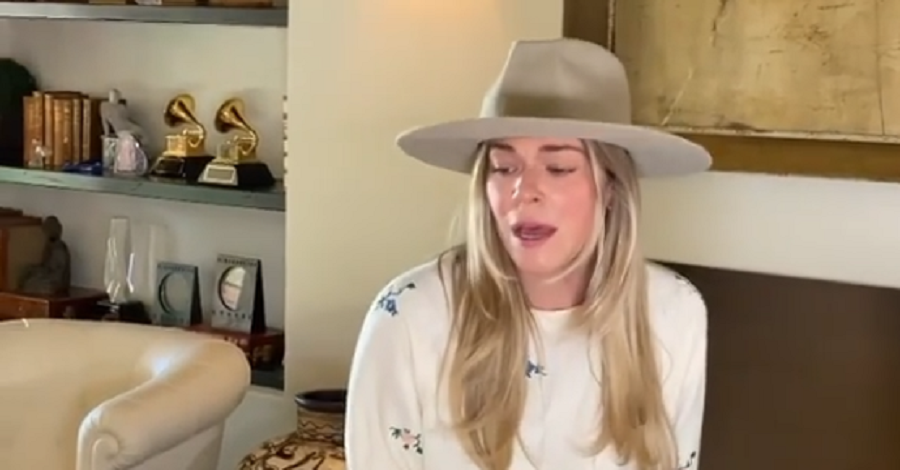 LeAnn Rimes made a powerful statement. She talked about her struggles with psoriasis. She shared two nude and “unabashedly honest” photos of herself on Instagram. The 38-year-old country singer shared them on Thursday, November 5 to commemorate World Psoriasis Day.

In addition, she wrote a candid essay for Glamour. The “How Do I Live” singer talked about her journey with psoriasis and how it caused insecurity issues. LeAnn posed completely nude for the photoshoot, giving her fans a glimpse at her skin for the first time.

She revealed she was diagnosed with psoriasis at age 2. But the time she was 6 years old, six red marks covered 80% of her body.

The Northern Lights actress took to Instagram to post two nude photos. In her caption, she revealed, “I needed this.” Psoriasis is a skin condition that causes itchy, red, scale patches. Patients go through cycles, often flaring up for several weeks or months, and there is no cure, according to the Mayo Clinic.

“You know when you say something you’ve been holding in for so long, and it’s such a sigh of relief?” LeAnn wrote in the caption. “That’s what these photos are to me. I needed this. My whole body—my mind, my spirit—needed this desperately.”

While music is her first passion, LeAnn said she wants to “give a voice to these other pieces of me.” She also wants to inspire others who are struggling with psoriasis. “This is finally my time to be unabashedly honest about what psoriasis is and what it looks,” she added.

Glamour reposted a nude photo of LeAnn on its Instagram page, which also shows the skin disorder. LeAnn’s post received over 59,000 likes. She also got massive support for baring her skin as well as her soul. The actress also received an outpouring of support from her fans.

She wants to “break out of that cage”

LeAnn Rimes wanted to get candid about her struggles. The Coyote Ugly star felt so insecure for so many years. And now she finally feels like she’s herself again. LeAnn told her fans that she’s sick of hiding her body.

“We’re at a moment in time right now when we’re all being stripped of everything we thought we needed – and now we can see how worthy and good enough we are without all of the bull****,” she writes in her essay. “We’re worthy without the makeup and the artifice. [I’m] worthy of love without having to work for it. And that’s why I’m tired of hiding.”

But she’s unsure whether these nude photos will give her the confidence to “wear shorts out to the grocery store.” Instead, LeAnn is giving herself freedom “in even just putting one foot outside the door.” She hopes those who hide will have “the courage to step outside of that cage.”

In the meantime, LeAnn has been offering guided meditation through Instagram amid the coronavirus pandemic. She also released a new song titled “There Will Be a Better Day,” which she performed on Instagram back in March.