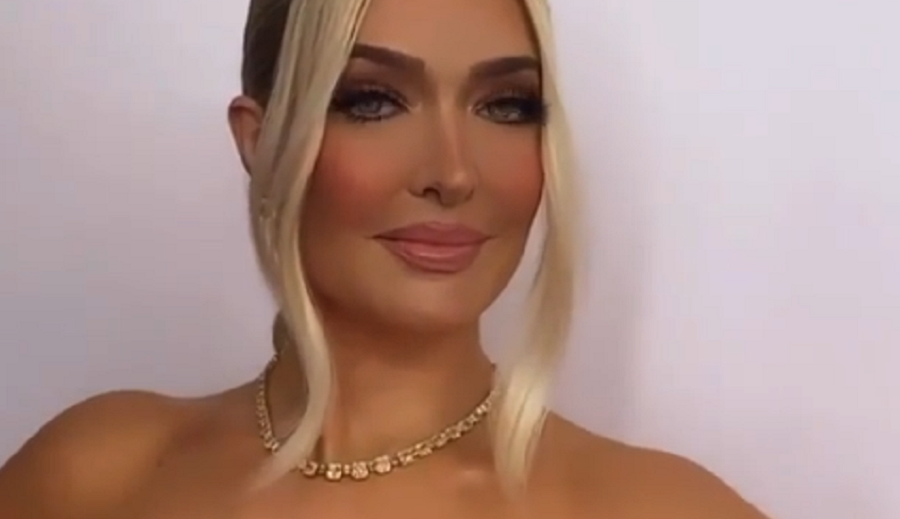 Erika Jayne broke her social media silence. Last week, The Real Housewives of Beverly Hills star announced her divorce from Tom Girardi. The 49-year-old shocked fans when she made the decision to end her marriage to the law attorney. The couple has been married for 21 years.

The Pretty Mess author filed for divorce on Tuesday, November 3. Since then, Erika has asked fans to respect her privacy. Of course, that hasn’t stopped people from talking about her divorce from Tom. They want to know what really happened between the couple.

Ever since she made headlines, she returned to social media.

The RHOBH star has remained silent since November 3. Instead of addressing her divorce, she encouraged her followers to vote on Election Day. It was also the same day that she filed for divorce. Of course, some fans wanted to know what led Erika to finally divorce Tom.

Since then, the singer took to her Instagram Stories to repost a clap back from a fan. After one online troll slammed Erika on Instagram, one of her fans came to her defense. Erika appreciated the clap back and reposted it to her 2.2 million fans. She made it clear that no one should mess with her.

It all started when Erika posted a meme that showed President-elect Joe Biden partying in a jeep alongside former President Barack Obama and Michelle Obama and Hillary Clinton. She captioned the post, “Oh yeah.” One of her followers responded, “Oh no Erica not you too!” One of her fans responded, “It’s Erika,” before another chimed in, “it’s erika, sit down and spell correctly, thank you, next.”

The Real Housewives fan page shared the funny moment on Instagram. It included the caption, “if you can’t spell her name AND you’re coming for her, unfollow.” Erika showed her appreciation and reposted it on Instagram Stories. While she often reposts what her fans have to say, she sometimes fails to credit them.

The RHOBH star is getting a divorce

The “XXpen$ive” singer and Tom Girardi married in 1999 despite their 32 year age difference. Ever since then, Erika Jayne has defended their marriage. RHOBH fans were in shock over the divorce news. Some of them weren’t aware of the rumors that swirled last month.

She also defended their intimate life when newbie Garcelle Beauvais asked if they still get physical. Just before their divorce, Tom was hit with allegations of fraud. Some fans are wondering if she’s ending their marriage over money. It’s no secret that Tom helped made Erika who she is today.

The couple has no prenup, which means millions of dollars are at stake. Erika Jayne’s divorce has fans talking for several reasons. Some allege that both Tom and Erika were unfaithful. They also reportedly have an unconventional relationship.

In the meantime, The Real Housewives of Beverly Hills Season 11 is currently in production and will air sometime in 2021.