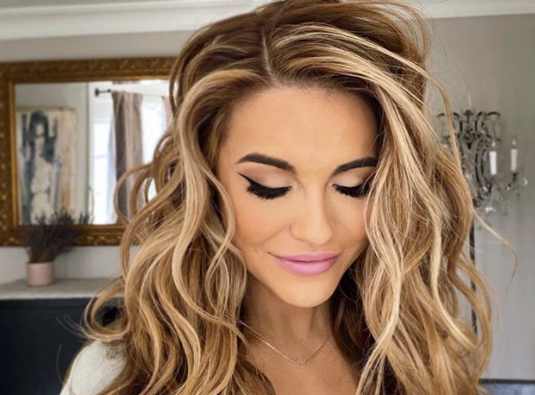 Chrishell Stause left Dancing With The Stars last week, but things didn’t settle down. Just a few days after their departure, her partner Gleb Savchenko publically announced he and his wife were divorcing. And from there, rumors started flying.

Fans noticed Gleb and Chrishell had quite a bit of chemistry on set. They quickly jumped to conclusions and pondered if Chrishell was the reason behind their split. The rumors got worse when Gleb’s ex, Elena, spoke to the press and said Gleb cheated on her. Gleb and Chrishell both adamantly denied the rumors, of course. But fans still wonder.

“After 14 years of marriage, and multiple affairs, I’ve decided enough is enough. Gleb and I have created a family and multiple businesses together. But apparently, it just wasn’t enough to keep our marriage strong,” Elena told PEOPLE. “Gleb’s ongoing infidelity and a recent inappropriate relationship has created turmoil in our marriage and absolutely torn our family apart.”

Chrishell Stause Is Ready To Date — So What’s Next?

After she left Dancing With The Stars, Chrishell stated she was “single and ready to mingle.” She may even be interested in a spot on The Bachelorette. The Selling Sunset star recently appeared on Kaitlyn Bristowe’s podcast to discuss her ideal mean.

I love @kaitlynbristowe This is such a positive, feel good podcast. Absolutely adore herhttps://t.co/NxklP4Sf9o https://t.co/WOTT6GvGOy

“If I found out they were a cheater in some way, like, they had a girlfriend or that whole thing [that would be a deal breaker],” said Chrishell. “We see that every season. We find out there’s some girl at home who thought he loved her, you’re out of here. I don’t need to talk about it, we don’t need to have a conversation.”

Well, that’s definitely an interesting development. If she’s being truthful, then that really puts a hole in the “affair with Gleb” theory. Or perhaps Chrishell is just keeping things quiet and weighing her options.

“I would be so happy if you were the Bachelorette, oh my gosh I would poop my pants,” Kaitlyn replied on the podcast. “That would be the most incredible choice they’ve ever made. I just think you would be strong enough to handle production and that kind of thing. I think you’d be so great on TV.”

The Bachelorette Almost Cast Her In The Past

The Bachelorette actually almost cast Chrishell Stause about 10 years ago. This was just before she married her ex-husband, Justin Hartley. It’s so interesting to think about what would have been. However, she’s single again and anything is possible. As long as she isn’t seeing Gleb Savchenko, that is. No matter what the truth is, rumors will still probably fly.

So what do you think? Would you like to see Chrishell Stause star on The Bachelorette? Let us know what you think in the comments.