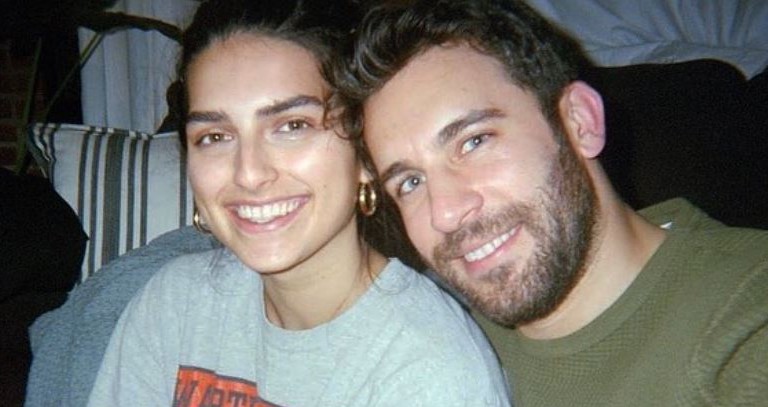 Bachelor in Paradise alum Derek Peth has been looking for love following his split from Taylor Nolan. And, he found it! On Sunday, November 8, Derek went to his Instagram Story to share the exciting news with fans. He and girlfriend, Saffron Vadher are engaged!

Derek and Saffron are getting hitched

Derek went to Instagram and Twitter Sunday night to share the exciting news. He popped the question and Saffron said yes. The Instagram story shows her holding up her hand to reveal that sparkling diamond. Both appear very happy, excited and in love.

Fellow Bachelor alums have been offering congratulations to the happy couple. Wells Adams and Sarah Hyland both shared a photo of the couple offering their congrats. Wells Adams said, “This makes me very happy. Well done @pethderek. Welcome to the family @saffron!!” While Sarah said, “These cuties are gonna get MARRIED!!!!!!!” Many others reacted on Twitter including, Jason Tartick, Jasmine Goode and Chris Bukowksi.

Saffron also shared the news on her Instagram Stories by reposting various messages they had received. They included friends, family and a few Bachelor alums.

There is no definitive time that Derek and Saffron started dating. However, he made it Instagram official in June. Saffron is a model and Vogue cover girl. The two spent quarantine together which no doubt brought them closer. In a photo where he debuted his girlfriend, the two were on a trip to Iowa. The photo featured Derek in front of the world’s largest frying pan.

No other details have emerged yet about their engagement. Although, Derek did take to Twitter to say he was making a mixed tape for Saffron. He was asking advice for the best love song. Hours later they announced their engagement.

Derek’s time on The Bachelor franchise

Derek first appeared on JoJo Fletcher’s season of The Bachelorette in 2016. He then appeared on Bachelor in Paradise where he met Taylor Nolan. The two were engaged, but announced their split in 2018. The two appeared happy while together, but in the end decided they wanted different things.

He then went back on Paradise to try to find love once more. He dated Demi Burnett, who ultimately left with a woman. And, he even showed interest in dating Tayshia Adams. However, none of those worked out and it turns out he was able to find love all on his own without The Bachelor.

Congrats to Derek and Saffron as they begin this new chapter together.