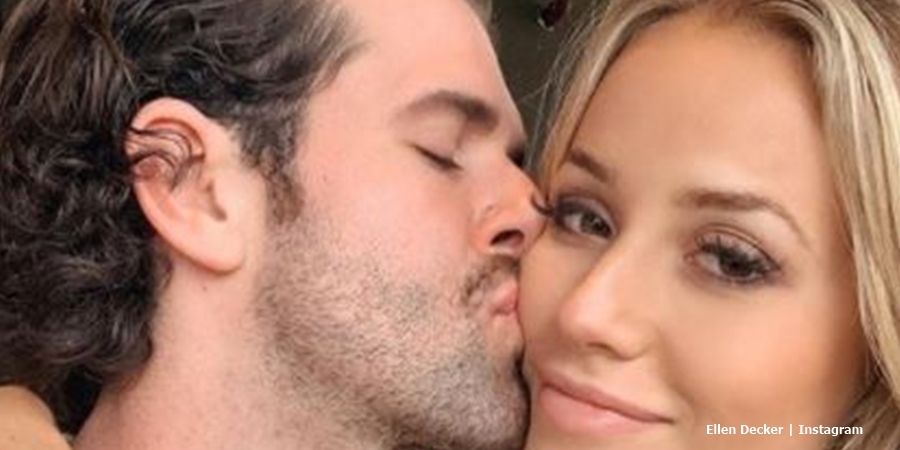 Bachelorette fans recall Jed Wyatt from Hannah Brown’s season of the ABC show. In fact, she ended up choosing him over Tyler Cameron and Peter Weber. But, news emerged that she broke it off after he allegedly cheated on his girlfriend when he went on the show. But, he moved on and started dating another woman named Ellen Decker.

We reported in September this year, that Jed and Ellen took the next step in their relationship. And, they moved into an apartment together. The couple met at Thanksgiving in 2o19, and they seem to have fallen pretty much in love instantly. In fact, they ended up staying together during the quarantine. Notably, not every relationship survived quarantine.

US Weekly noted that the Bachelorette alum and Ellen loved their time together during the coronavirus quarantine. And Jed said, “This has been a good test for our relationship since we are used to distance.'” Well, now that Thanksgiving approaches, he celebrates the first meeting and sounds excited as it looks like Ellen also plans a long-term relationship. He shared a photo of them together and talked about “365 days.”

In his post, Jed said, “365 days ago you said yes to being my girlfriend on this bench. Now you just said yes to… 365 more days.” Then, he talked about how “thankful” he feels about Ellen. But the words to “express” his love and thanks just elude him. But, he noted that she brings him daily “joy.” And, he believes that meeting her met some sort of “plan” by God.

Next, the Bachelorette alum noted that “Ellen came out of no where.” And she “flipped” his world “upside down.” Sweetly, he ended by saying, “I’d do it a million times over. Let’s have a year.♥️” Naturally, fans commented on the news, though some got a bit sarcastic about the meaning of commitment for just another “365 days.” But, clearly, he meant they look forward to another year together. 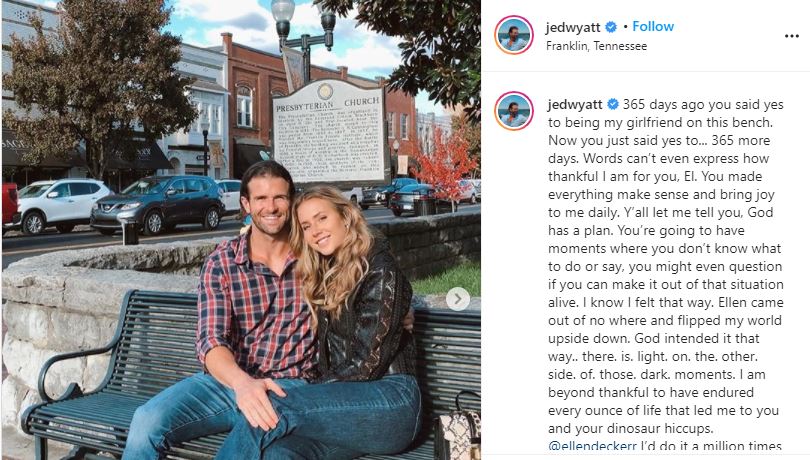 Just like Jedd, Ellen also shared on Instagram Sunday. She shared a bunch of photos celebrating their first year together. And, in her caption, she wrote, “1 year with my best friend today!💞” It noted that she “loves doing life” with Jed. And, she talked about fun like “dancing, chip eating, workout sweats, dog park adventures, road trip sing-alongs, and nonstop laughter.” 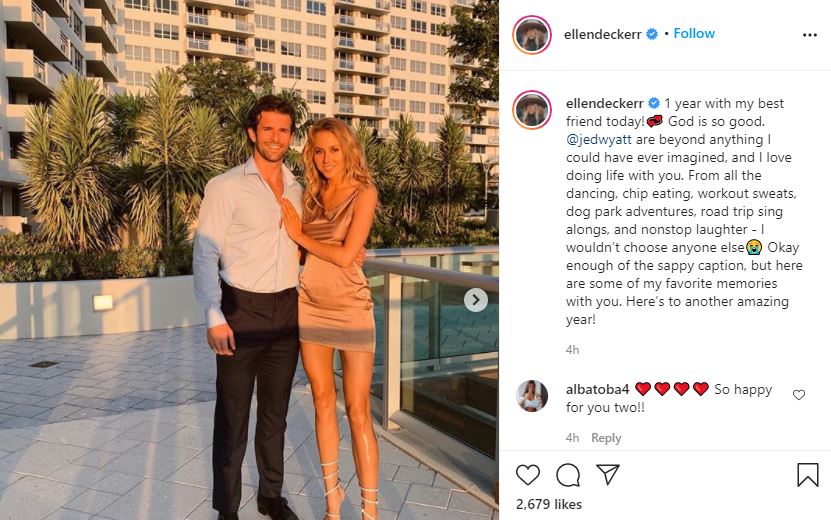 Well, it certainly looks like The Bachelorette alum found something special after Hannah Brown. And, on both Instagram posts, fans loved them as a couple. A few people compared them to Hannah Brown and Jedd, but as some people pointed out, Hannah’s old news by now.