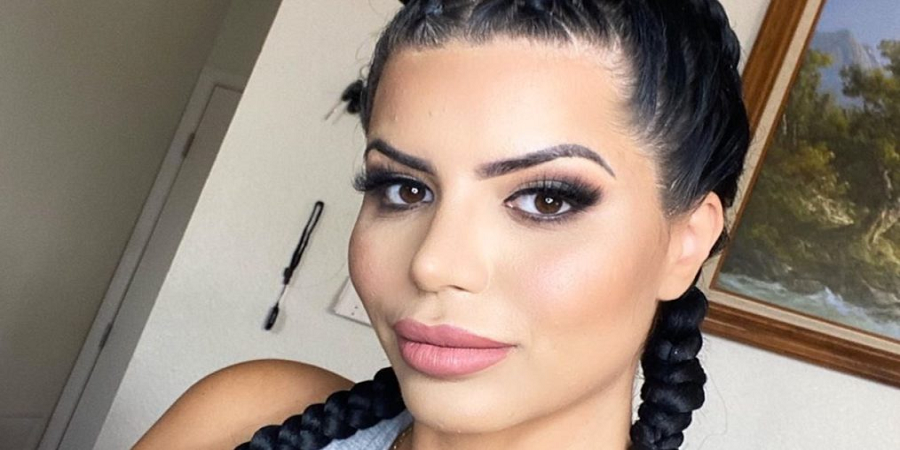 90 Day Fiance alum Larissa Lima has fans talking yet again. She made a bet over the 2020 election. The model said she would make her OnlyFans account free if Joe Biden won the presidential election. But she has since backpedaled on her promise.

Meanwhile, her boyfriend, Eric Nichols, made a different bet. And now he has to cough up the money. He bet that Trump would win the presidential election. This led some of his followers to believe that he and Larissa don’t agree politically.

It’s unclear whether the two are still together. Some followers think they split since moving to Colorado together.

Former 90 Day Fiance star goes back on her promise

90 Day Fiance alum Larissa Lima has been doing well since her firing. As fans remember, TLC fired her from the show after she did a show on Cam Soda. Since then, Larissa has been making her money from the adult webcam site as well as her OnlyFans account. She’s been doing so well with OnlyFans, that she made a bet during the 2020 election.

“If Biden wins my OnlyFans will be free for one day,” she previously wrote on Instagram. She even included the hashtag “#ByeTrump.” But she probably didn’t think she would be right. She took to her Instagram Stories to tell her followers that she’s no longer offering her OnlyFans account for free.

“Biden won, when is your OnlyFans getting free?” one follower asked.

“Not going to make free anymore,” Larissa responded. She didn’t reveal why she went back on her promise. 90 Day Fiance fans took to Reddit to call her out.

“Wtf. Ew. Not that I wanna see her OF but I hate people who don’t keep their word,” one user wrote. “No one asked her to have OF for free. She offered herself. Disappointed in her more every day.”

“What? Larissa lying and manipulating for attention on social media?” another joked. “Clutch my pearls!”

“It seems Larissa has learned the art of politics,” a third chimed in. “Promise something before the election and don’t deliver when you win.”

It appears that her 90 Day Fiance boyfriend isn’t on board with her political leanings. Eric Nichols said he placed $1,000 on a bet that Donald Trump would claim victory in the election. He posted a screenshot on his Instagram Stories. He said that he risked his $1,105 with a potential win of $1,436.50.

Now, he owes over $1,000 since he lost. Fans are getting a sense of satisfaction due to his choice. They have a feeling that he’s not good with money. Others wonder why he’s blowing the money he’s made on OnlyFans.

“Based on the show, Eric didn’t really seem smart with his money when it came to certain decisions,” one fan wrote. “So yeah, no surprise. A fool and his money are swiftly parted.”

In the previous season of 90 Day Fiance: Happily Ever After, Eric offered to pay for Larissa’s breast and nose augmentation surgery. The couple eventually got back together. But fans are wondering if they’re still together. They just made their big move from Vegas to Colorado.

Is the 90 Day Fiance couple still together?

During a live Q&A, a fan asked Lima where Eric has been and if they are still together. She avoided the question. Instead, she posted an animated GIF that flashed between yes or no. She even shared a wanted poster with Eric’s name on it.

What are your thoughts? Do you think Larissa and Eric are still together? Sound off below in the comments section.

In the meantime, 90 Day Fiance: Happily Ever After Strikes Back airs Monday night at 8 p.m. ET on TLC.