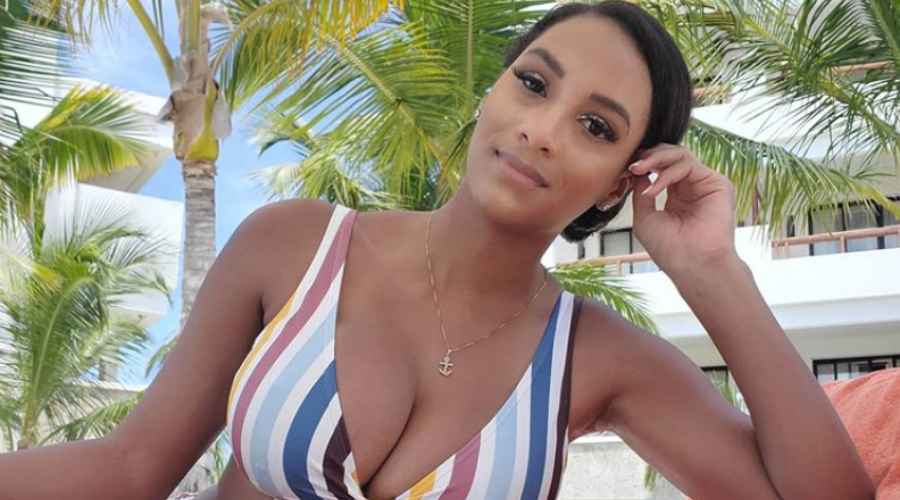 90 Day Fiance alum and The Family Chantel star Chantel Jimeno (nee Everett) is mad at haters. She recently clapped back at rumors that she had a boob job. This is after she revealed her voluptuous curves on the TLC reality show. It turns out they are all hers and natural. Chantel made that point in a series of recent posts to her Instagram Story.

The Family Chantel star is all-natural

As fans of TLC reality shows know, many stars get plastic surgery done once they hit fame. A clear contender to that fact is Larissa Dos Santos Lima of 90 Day Fiance: Happily Ever After? She got a boob job done, along with a whole load of other self-improvement treatments.

Despite recent online rumors, Chantel Jimeno, 29, wants fans to know that she has always had boobs. In other words, no plastic surgery was involved in her voluptuous curves. On her IG story, she posted an image of herself as a teen, captioned “Always had boobs.” She then posted a more recent image of herself, captioning it “Then I grew up.”

To reinforce her statement, Jimeno then shared a throwback image from 2009, next to an image taken in 2019. Her breasts appear to be the same size in both images, making her point. She also shared an image taken in September 2020, where she noted she had “gained weight.”

On another photo of herself in a blue bikini, Chantel wrote that she “Just wanted to clear that up.” She continued by writing that she believes in doing whatever makes her feel comfortable in her own skin. Chantel added, “Working out, makeup, even surgery.” When fans immediately asked her about her surgeries, Jimeno responded that she hadn’t had any. She wrote, “I just wanted to make it known that I have not had any.” However, Chantel went on to say that she does believe in “having confidence to do what makes you feel beautiful.”

The TLC reality star continued by sharing throwback photos from 2011 – 2015. These images proved she has always been busty, even when she was thinner. The 90 Day Fiance alum joked, “I may lose weight and then y’all gonna be shook [laughing with tears emoji].”

Fans want Chantel to be fake

The Georgia native went one step further, by sharing one final message to her haters, accusing her of plastic surgery. As noted by In Touch, she teased, “They want it to be fake so bad.”

In the October 19 episode, Chantel spoke about a job interview for a position as a nurse at a local plastic surgeon’s office. During her interview, the surgeon asked if Jimeno had had any surgery done herself. She responded that she did have a little Botox on her forehead, between her eyebrows.

Rumors really started when, in her confessional, a producer asked Chantel if that was the only procedure she has had done. Jimeno coyly responded, “I don’t want to say things that don’t matter.” Hopefully, the haters will stop their hate and accept that Chantel is truly a naturally shapely, voluptuous person.