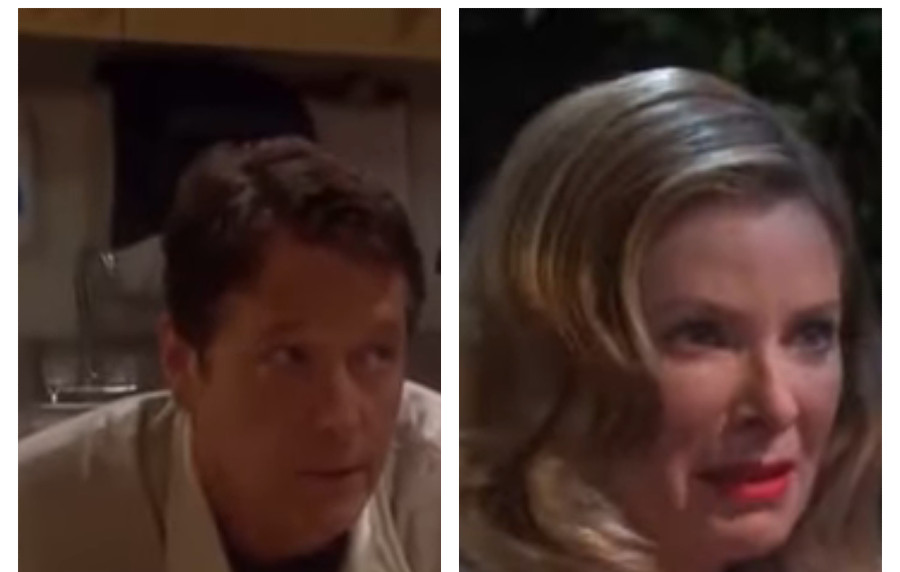 The upcoming week on Days of Our Lives looks to be a hard one for longtime Jack and Jennifer fans. The couple will find themselves in a situation they haven’t yet encountered in their 30-year romance: an affair. Sure, they have both had other intimate partners, but nothing that reaches this level of deception.

But the shocking affair revelation isn’t the only drama going down in Salem this week. What does the sudser have in store for fans?

Fallout of Jack’s Affair on DOOL

DOOL head honchos promised Jack and Jennifer fans a front-burner storyline this Fall, but this probably isn’t what fans had in mind. Last week, Abigail (Marci Miller) blew up Jack (Matthew Ashford) and Jennifer’s (Cady McClain) anniversary party with a shocking allegation. She found a letter from Jack to Kate (Lauren Koslow.)

The incriminating letter revealed that when Jennifer was in a coma, Jack slept with Kate. A stunned Jennifer lays the smackdown on her unfaithful husband – literally.

Will Jack and Jennifer be able to move forward from this shocking turn of events? What does this mean for Kate’s flirtation with Jake (Brandon Barash)?

As DOOL announced a few months ago, actress Tamara Braun was making her way back to Salem. But her last character, Ava Vitali, is dead. Or is she? It seems that rumors of her death were greatly exaggerated!

In fact, spoilers tease that a very-much-alive-Ava is Philip’s (Jay Kenneth Johnson) secret partner in bringing down Titan.

As fans know, Ava is Tripp’s (Lucas Adams) mother. Given his current circumstances, Tripp could use some motherly love!

The moment of truth has arrived. Tripp’s DNA results are back. Is he baby Henry’s father or is Allie (Lindsay Arnold) lying about their encounter? Allie proclaims that Tripp raped her, leaving her pregnant with Henry. However, Tripp denies being intimate with Allie AT ALL, let alone raping her.

Due to some trickery by Steve (Stephen Nichols) and Kayla (Mary Beth Evans,) a DNA test was done without Tripp’s consent. And the results are in.

Ava may play a big part in this storyline, as rumors abound online that she had twins. And the other twin raped Allie, which explains why the DNA would match. And fans think they know exactly who the rapist is.

Theo and Claire Reconnect on DOOL as Newbie Charlie Lurks

Theo (Cameron Johnson) is back in Salem. And it seems he wastes no time at all reconnecting with old flame Claire (Isabel Durant.) But there’s just one problem. Newcomer Charlie (Mike C. Manning) has his eye on the Brady granddaughter.

The Titan intern is ready to make his move, but accidentally walks into a close moment between Theo and Claire. How will Charlie react?

Tune in to Days of Our Lives weekdays on NBC to find out!

Is This A Sign ‘Bringing Up Bates’ Will Be Canceled?
‘LPBW’ Molly Roloff Makes Rare Instagram Appearance: See Photo
Tana Mongeau Issues Apology To Khloe Kardashian & Tristan Thompson
Thomas Jacobs Looks Back On His ‘Bachelorette’ Journey
‘Seeking Sister Wife:’ Fans Are Behind Dannielle Merrifield All The Way On IG