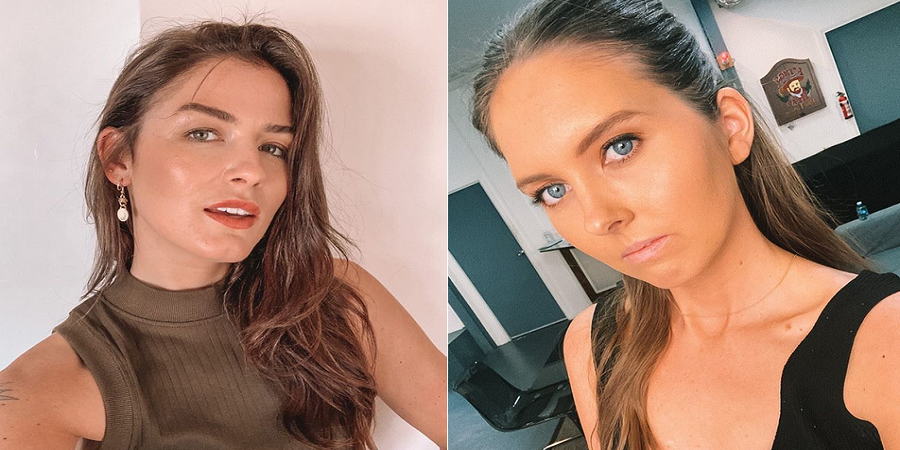 Below Deck Season 8 premiered last week. Fans already noticed similarities between this season’s crew and previous crew members. While Kate Chastain has left yachting, her replacement, Francesca Rubi, has drawn comparisons to her predecessor. So far, fans are loving her hard-work ethic and tablescapes.

Some of them even compared Francesca to Hannah Ferrier simply because of her Aussie accent. But there’s a new stew that’s reminding them of Below Deck Med star Aesha Scott. They are convinced that Izzy Wouters is the new Aesha. During Monday night’s premiere, she revealed that she loves to crack inappropriate jokes.

Below Deck Season 8 should be packed with drama

The Bravo franchise is a good escape for those who can’t travel amid the global health crisis. Below Deck Season 8 is also the first time that the crew will deal with the coronavirus pandemic. Viewers will learn how it will quickly impact the crew’s charter season. In the first episode, they were also concerned about Captain Lee’s health emergency.

Thankfully, he’s still the captain for the remainder of the season. The luxury yacht set sail on the Caribbean island of Antigua. The show teased that it’ll also the first without Kate Chastain, who announced earlier this year that Season 7 was her final season. It’s expected to be a dramatic season, as Captain Lee threatens to fire one of the crew members.

Below Deck fans are already buzzing about the new season. Izzy Wouters works as a stew on the yacht. She made it clear that she will have no filter this season. Her confessional reminded fans of Below Deck Med cast member Aesha Scott. On Wednesday, November 4, they flocked to Reddit to compare Aesha and Izzy.

Some of them that Izzy will be a second-rate version of Aesha since she doesn’t share the same bubbly personality as the New Zealand native.

“Having Izzy is like when you order an Aesha from Amazon, but Izzy is what you end up with instead,” one user wrote.

“Izzy is just not funny, there is and only ever will be one Aesha” a second added.

“Izzy is definitely the budget version of Aesha,” another Reddit user wrote.

However, not all of the comments were negative. Some defended Izzy, asking other fans to give her time. “… You guys are just looking for anything to complain about,” one fan wrote. “It’s episode 1 relax, surprise surprise Aesha is not the only one with that kind of personality.”

Fans looked forward to some familiar faces this season. They were shocked by Kate’s exit from the series. The chief stewardess worked alongside Captain Lee for six years. Bosun Eddie Lucas is the second familiar face who also returns. He previously appeared in Season 3 of Below Deck, when he infamously cheated on his then-girlfriend with third stew Rocky Dakota.

While Kate will be greatly missed, some fans are looking forward to a new season.

‘The Young And The Restless’ Spoilers: Does Mariah Regret Her Decision?
‘Below Deck Sailing Yacht’ Star Gets Candid About ‘Overwhelming’ Anxiety
Why Is ‘Seeking Sister Wife’ Roberta Emotional About Her Father?
‘The Bold And The Beautiful’ Spoilers: Hope Confronts Liam
Is ‘Chrisley Knows Best’ Kyle Chrisley Returning To Reality TV?