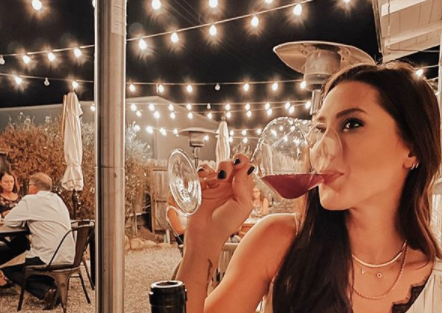 Becca Kufrin is weighing in on Clare Crawley’s season. The former Bachelorette just split with her long-time love Garrett Yrigoyen. With that fresh on her heart, it’s easy to see why she might feel a little jealous of Clare’s connection with Dale Moss. Clare appeared to have starry eyes for Dale right from the beginning saying she felt like she’d met her husband immediately.

Fans were treated to Clare and Dale making it official. They got engaged before leaving the show together. She left with him and now they are happily engaged. Before he proposed Clare said, “When you got here, it was like electricity for me because I knew that I had just met my husband. You embodied everything that I want in a man. I’m just so in love with the man that you are.”

The couple went on the, “Bachelor Happy Hour,” podcast with Becca and Rachel Lindsay. Becca said, “I’m low-key a little bit jealous. I miss having that partnership, but I’m so incredibly happy for you guys.”

The couple told Becca Kufrin they enjoyed every second they spent together but now they had so much to look forward to. Kufrin told them they really did, she said, “it gets so much better once the cameras are out and it can just be real life. Truly, getting to know each other in your daily lives — that’s a thousand times more meaningful. Enjoy these days, enjoy being able to call each other your fiancé and just truly soak it in because it goes by so quickly.”

Fans felt bad for Kufrin whose ex Yrigoyen just posted pictures on Instagram with his new girlfriend. The two went to a pumpkin patch together. That has to be hard for Becca to see. 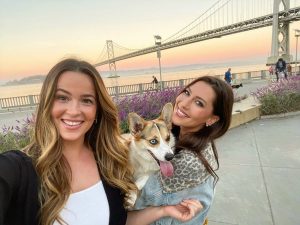 The Former Bachelorette Still Believes In The Process

Becca Kufrin posted a picture of Caroline Lunny from Arie’s season. She captioned it, “when people ask me if the Bachelor is “real” or “really works,” I always say yes. Because I found love in my friendships, and this girl is proof of how worthwhile that journey was.” One fan said, “You found love in Garret for a while too, just because it didn’t work out doesn’t mean it wasn’t love!”

A source told US Weekly Becca was processing the breakup. They said, “Becca is really broken up about it. She thought Garrett was her person, her forever. She needed space and time to figure things out before officially confirming the breakup.”

Now Becca shared on her story she’s doing well. She said, “life always has its ups and downs.” Bachelor nation will get two love stories in one season. Tayshia Adams season continues on Tuesdays.