During this week’s episode of The Conners, we saw a side of Darlene (Sara Gilbert) that wasn’t recognizable. Sure, she’s always been a little socially awkward. And, she’s never been a super happy or friendly person. But, Darlene also isn’t typically a person who cares what others think. Likewise, this has always been a very strong character.

During this week’s episode, however, we saw a more raw side of Darlene as far as emotions are concerned.

Warning: This article contains spoilers from The Conners

Darlene gets bullied by her co-workers.

We know Darlene and Becky (Lecy Goranson) took jobs at Wellman Plastics took earn some cash during the pandemic to help their father pay the mortgage. Darlene, however, seems to be struggling with the job a little more than her big sister. In fact, she had a heart-to-heart with her son Mark (Ames McNamara) toward the beginning of the episode.

Turns out, Darlene was eating her lunches in the bathroom. And, her co-workers teased her for acting like she was better than everyone else working in the factory. Her son told his mother she needed to face her fears and speak to her co-workers. He hoped she could find a way to connect with them.

She considers quitting her job.

Darlene returns from her attempt at talking with her co-workers. She tells Mark things did not go well. And, she ended up eating alone in the bathroom that day as well. She had reached a point where she was thinking about quitting her job. She couldn’t handle the pressure.

It was her son Mark, however, that changed her mind. Mark complained to his mother about how his computer was slow and not working the way he needed it to. And, this was when Darlene made an important realization. Thanks to her job at the factory, she was in a place where she could replace her son’s laptop for school. She admitted this was the first time in a long time where she didn’t have to say no to her children.

She decides not to quit her job.

Darlene Conner ultimately decided to swallow her pride and keep her job. She opened up to her co-workers about her son making her realize how important the job was to her. Her co-workers that had been picking on her revealed that had worked at the factory before. They worked with Darlene’s mother. 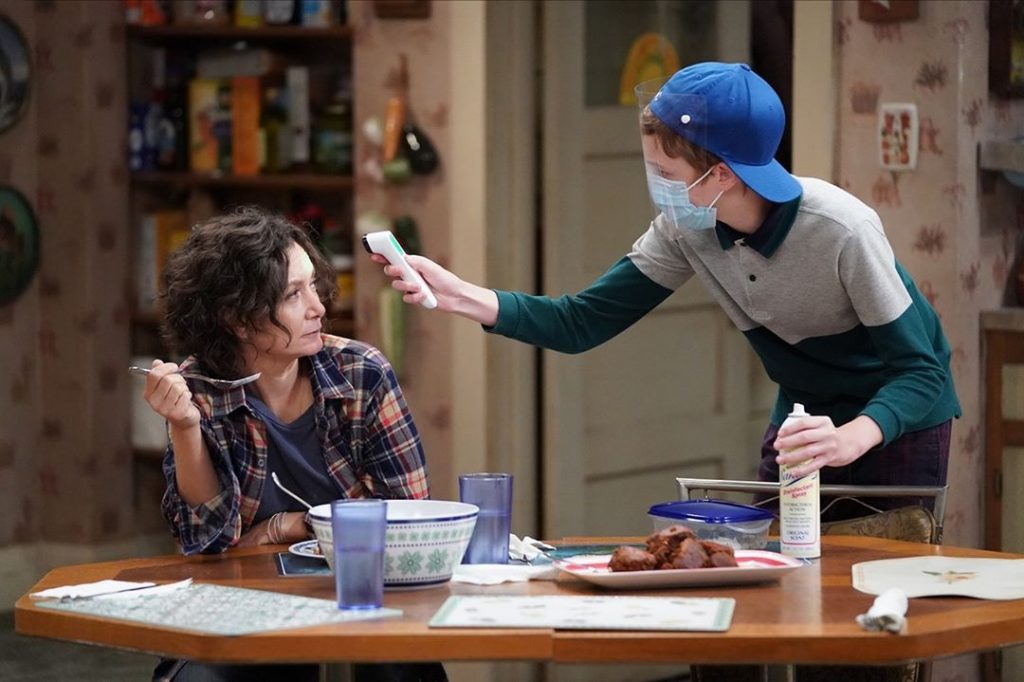 They told Darlene she didn’t have to give up her dream of being a writer. She just needed to find a way to do both. The job at the factor would allow her to pay her bills. And, in her spare time… She could follow her dreams of being a writer.

So, have you had a chance to watch this week’s episode if The Conners yet? What did you think of Darlene’s decision? Sound off in the comments.