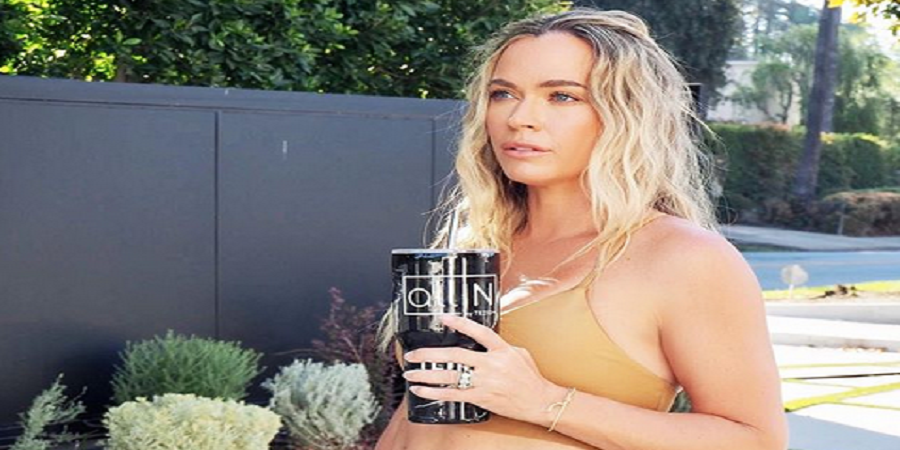 Fans blasted Teddi Mellencamp for allowing her 8-year-old daughter on her treadmill. This comes just months after her All In by Teddi controversy. This weekend, the former Real Housewives of Beverly Hills star received backlash when she posted a video of her daughter, Slate Arroyave.

Teddi shared the footage on early Saturday morning, November 7. As fans know, she loves to workout. And she often posts her workouts on social media. Meanwhile, Teddi also promotes her All In programs. Read on to learn more.

Teddi Mellencamp films her child on a treadmill

On Saturday, the former Bravo star shared footage of her 8-year-old daughter Slate on her treadmill. In the controversial video, the middle child ran in a blue sports bra. She gave a thumb’s up to the camera as she tried to run. In the caption, Teddi wrote: “Slate is 7 days into her mile a day challenge. Some days she walks. Some days she runs and tries to beat her fastest pace.”

Teddi revealed that her daughter started running because she was “having trouble sleeping after spending so much time on zoom during online school.” The television personality says “she feels so much better doing it.” However, fans didn’t find the video encouraging. One follower accused Teddi of encouraging an unhealthy body image.

“I don’t like this where did body positivity go,” the fan commented. The comment was deleted, as per The Blast. Other fans came to Teddi’s defense. They find nothing wrong with the video.

“You don’t get it. Our kids are doing everything on a computer. How dare you say something about her daughter,” one fan argued. “You’re sick!!” This is so healthy and positive.”

Months ago, Teddi Mellencamp made headlines for her All In by Teddi programs. Former clients accused her of running a “starvation scam.” Those customers shared the strenuous requirements which allegedly restricted some members to 500 calories a day. Last month, Teddi released a statement about the backlash.

“We strongly object to these claims that our methods and practices were the cause of any of these alleged issues,” Teddi’s representative told The Blast. “Our approach involves around a daily intake of 1100-1200 calories, similar to the many other popular (and safe) wellness programs, to help our clients jumpstart a pattern of cleaner eating and more exercise.”

Previously, Teddi said she will look into the claims. In the meantime, she still promotes her programs on Instagram. More allegations have since come forward. Even experts and YouTube influencers have shared their thoughts.