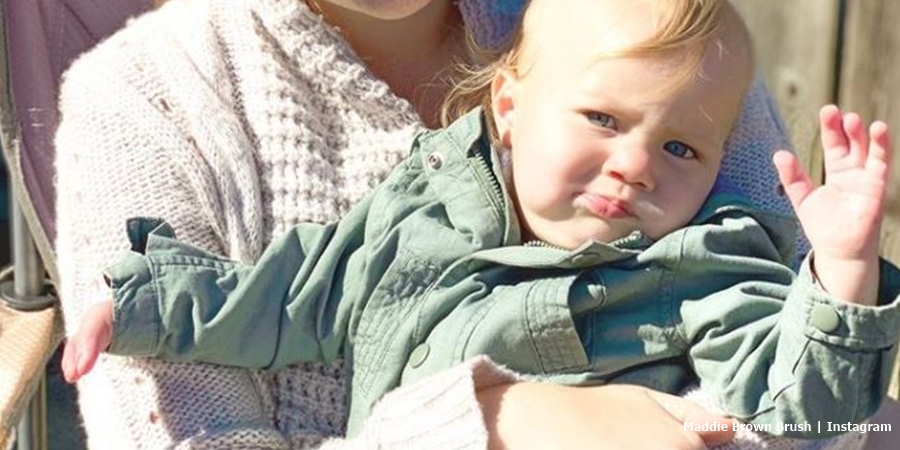 Sister Wives star Maddie Brown constantly updates about her little girl, Evie K. Recently, she talked about getting her prosthesis fitted. And, despite her challenges with FATCO, the cute kid still smiles a lot. In fact, she even smiled soon after her Boyd Amputation. Now, Maddie shared that her one-year-old daughter chose a funky song as one of her favorites.

Taking to her Instagram Stories on Saturday, November 7, Maddie revealed her daughter loves Baby Shark. Well, it’s her second favorite at the moment. But, it’s not that surprising that she loves Baby Shark. In 2018, it fast accumulated over 1.8 billion views on YouTube. And, it became a favorite for both kids and adults with such a catchy beat and simple words way before then.

Amazingly, The Verge reported last week, that the song and dance video became the “most-viewed YouTube video of all time.” The outlet added, “Baby Shark crossed 7.043 billion views — which officially makes the kid-friendly, adult-terrorizing earworm the most-watched YouTube video ever.” Not bad going for Pinkfong! And considering the origins of the song, it seems amazing. Around for a long time, now, it only really took off in 2016.  No doubt, in time the Sister Wives mom becomes thoroughly sick of it.

Why do kids like Evie K love Baby Shark?

Vox looked at why the song became so popular. They wrote about it when the song made Billboard’s Top 100 last year. According to the outlet, “shark dance [looks] appealingly simple, something even the youngest toddler and surliest adult can do.” Plus, the song’s “infectious doo doo do doo do doo” makes for appealing animation. Some parents use it as a pacifier. And others use watching and singing it as a bribe for good behavior.

Evie K and her Sister Wives mom will probably recollect this song and dance routine for the rest of their lives. And, that goes for millions of kids and parents across the world. If you never watched or heard it before, take a look below. And, no matter how much you harden your heart, the chances seem good that it stays in your mind for hours. Or even days!

Actually, that Baby Shark became the most viewed music video ever on YouTube in 2020 fits in well with this crazy year. People without kids can only imagine how many times moms and dads listened to it through the COVID-19 quarantine. Are you surprised that it features among the top favorites of the Sister Wives grandchild? Mind You, the bigger surprise might come if Evie K felt indifferent. Hopefully, one day, when she gets her prosthesis fitted, she can also do the same dance as the kids in the cute video.