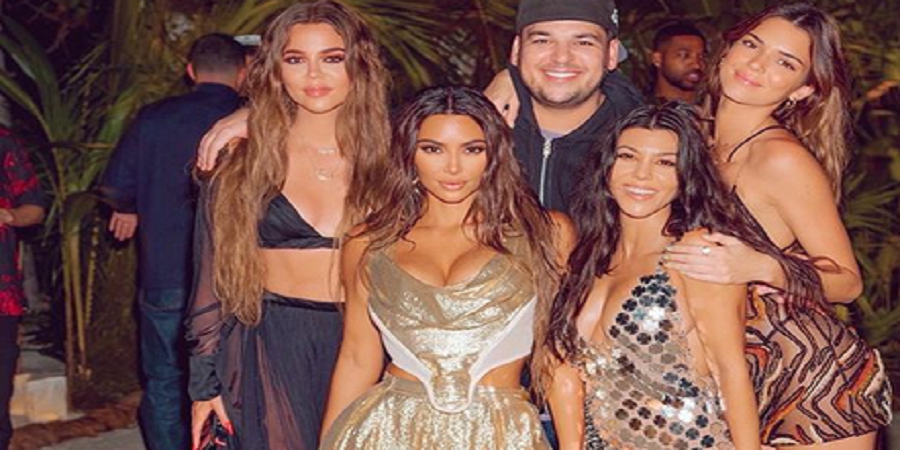 Kim Kardashian is still reminiscing about her 40th birthday getaway. Although it was only weeks ago. The Keeping Up With the Kardashians star loves her $10,000 dress that she wore to the private tropical island. She spent so much on that dress that she wants to get her money’s worth.

However, the internet hasn’t forgotten about her birthday party. On Wednesday, October 21, Kim got major backlash when she dropped the photos from the private celebration. The SKIMS founder, along with her friends and family, traveled to have a big party in her favor. Despite the backlash, she hasn’t stopped posting as many photos as possible.

Kim Kardashian wants to show off her hot dress

The reality star is taking a trip back to last month when she turned the big 4-0. Kim Kardashian threw an epic birthday party, much to the chagrin of the internet. There, she wore a Viviene Westwood Spring 1988 “Time Machine” dress. The gold dress was perfect for the outlandishness of the austere party.

Kim paired the look with sexy, long, wet hair and gold heeled sandals. According to a listing on 1stdibs.com, the dress reportedly costs around $10,041. Other dresses from the collection are on display at London’s Victoria & Albert Museum and the Fashion Institute of Technology in NYC, as per Page Six. Kim hasn’t stopped posting photos of herself in the hot number.

On Friday, November 6, she shared two photos of herself with sister Kourtney Kardashian. In the first photo, they both posed for the cameras. But in the second photo, they cracked a smile. Well, Kourtney smiled for the camera as Kim pouted. She simply captioned the post with a pair of dancing ladies.

The internet is not letting it go

Kim Kardashian previously revealed that she threw the party for herself and dozens of partygoers on a private island. She acknowledged her own privilege and said that she advised everyone to quarantine for two weeks prior to the celebration. How she kept her own surprise party a secret is any wonder. But the large group forgoed the pandemic for bike-riding, dancing, and swimming with whales.

The KUWTK tried to be as humble about it as possible. The television personality is still facing backlash. Several memes are being shared after she posted numerous photos from her 40th birthday party in an undisclosed location. Kim noted that the experience was needed in these challenging times.

“After 2 weeks of multiple health screens and asking everyone to quarantine, I surprised my closest inner circle with a trip to a private island where we could pretend things were normal just for a brief moment in time,” Kim tweeted. “We danced, rode bikes, swam near whales, kayaked, watched a movie on the beach and so much more.”

But then, Kim added that “I realize that for most people, this is something that is so far out of reach right now, so in moments like these, I am humbly reminded of how privileged my life is.”

However, that hasn’t stopped the internet from criticizing her. People haven’t forgotten. Kim was met with many Twitter users, most of which who have been unable to find normalcy amid the ongoing COVID-19 crisis.