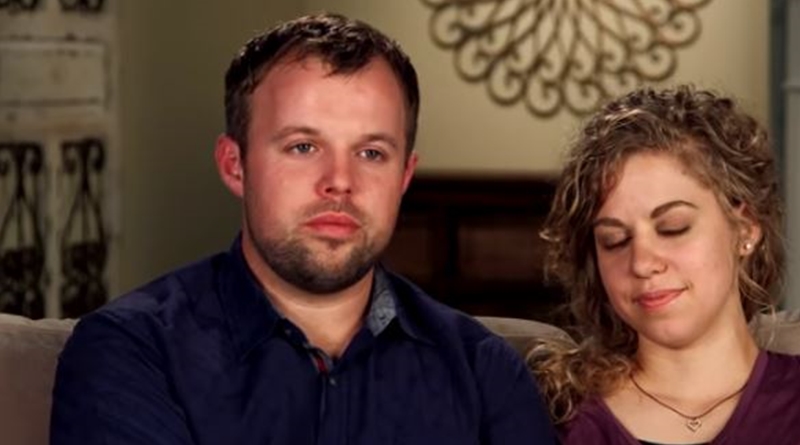 Counting On stars John-David Duggar and Abbie Burnett married two years ago. And clearly, they still love each other deeply. So besotted with each other, they barely seemed aware of the media at the wedding. And now, they seem still besotted to the point that they never explained who wrote the post marking their 2nd Anniversary.

Despite some fans of Counting On claiming John and Abbie rushed their married, things turned out well. Well, as far as fans of TLC can make out. Even Abbie admitted that she felt some pressure. We reported that she said that “it was not necessarily that she felt pressured to marry John-David specifically. It was just that she felt the pressure to be married in general.”

The photo that got posted up revealed a genuinely happy-looking couple. So, Abbie probably got over the feelings of “pressure” about marriage. Fans picked up on that. And, one of them said, “I’ve never seen John smile [on the show, or in pictures] like he does now since you came into his life. ☺ You obviously light up his life! Happy 2nd Anniversary John & Abbie! 👩‍❤️‍👨.”

Many more congratulations flooded in on the Counting On couple’s page. One person commented, “I just love watching your love for each other. Beautiful couple and baby!” And, another person wrote, “I love these two. They belong together …. the love between them, it’s glowing !!” But one follower noted, “Okay…congrats but who wrote this?” And, that’s a good question, as the caption never made that clear. 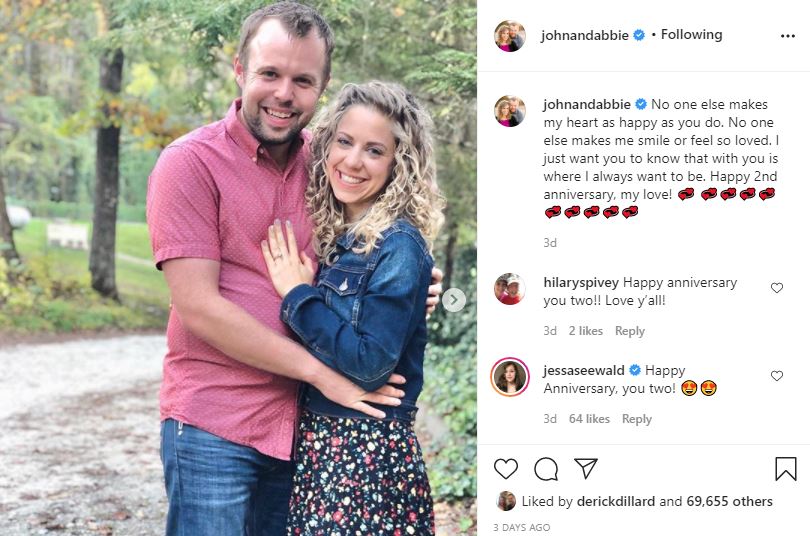 Unclear caption on Counting On Anniversary

In the caption, lovely words came out. But, they don’t say who wrote it. Although very sweet, how can fans know who wrote it? “No one else makes my heart as happy as you do. No one else makes me smile or feel so loved. I just want you to know that with you is where I always want to be. Happy 2nd anniversary, my love! 💞 💞💞💞💞💞💞💞💞💞.”

Who do you think wrote the caption? Possibly John-David wrote it. After all, most women would say “my husband,” or something like that. And, as so many fans noted, John smiled hugely. So possibly when the message mentioned smiling, fans just assumed John wrote it. Sound off your thoughts in the comments below.