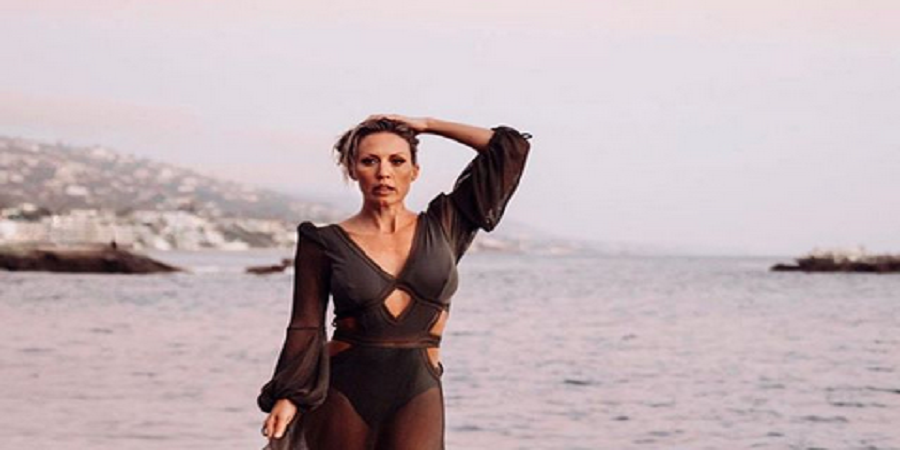 Braunwyn Windham-Burke made a shocking revelation about Shannon Beador. As fans know, the two are in a bit of a feud. On Season 15 of The Real Housewives of Orange County, Braunwyn and Shannon haven’t seen eye-to-eye. In a previous episode, Braunwyn even admitted to Shannon that she has thrown her under the bus.

She claimed to Emily Simpson that it was Shannon who called Gina’s new house “really small and sad.” Shannon immediately shut down the claim, saying she would never make such a remark. Now, Braunwyn is revealing that Shannon is a liar. In fact, she thinks that Shannon is the biggest liar out of RHOC.

In a new interview with Entertainment Tonight, Braunwyn Windham-Burke shared her thoughts about Shannon Beador. She was asked who she thinks is “the biggest liar” on the cast of The Real Housewives of Orange County.

“Shannon,” Braunwyn said with a cringy look on her face. “Yeah.”

“It was the silliest one! It was the thing about her saying Gina’s house was ‘sad,'” the reality star continued. “And it was such a little lie that it became such a big deal because she just wouldn’t own it. I’m like, ‘This is nothing.'”

Earlier this season, Braunwyn admitted that she’s a recovering alcoholic. She admits that she “goes there” when it comes to her storylines. As for Shannon, Braunwyn thinks Shannon needs to be a bit more “honest.”

“It’s very hard to lie and cover your tracks,” she added.

Shannon Beador shared her thoughts before

The Housewife shared her thoughts on what Braunwyn Windham-Burke said about her on the show. She didn’t like it when her former friend threw her under the bus.

“Let’s be clear: I’m not a liar,” Shannon said in her confessional. “I put my foot in my mouth every day, but I did not say that Gina’s condominium was sad. So, get your f***ing facts straight, Braunwyn.”

During their confrontation, Shannon told Braunwyn to “set the record straight.” She hoped they would finally clear the air at Shannon’s housewarming party. But according to Wednesday night’s episode, things did not go well. This is the same event when Gina calls Braunwyn a “sloppy chihuahua” and when Braunwyn smashes a glass and leaves.

Then she called one of Shannon’s kids “lemonade boy.” As Braunwyn talks to her husband, Sean Burke, she calls her cast members “horrible.” She also claimed that they all “lie to each other all the time.”

It’s also the same party when Shannon screams, “Don’t you dare accuse me of something that I did!”

It looks like things between Braunwyn and Shannon haven’t settled down yet. It’ll be interesting to see how their dynamics will play out the rest of the season. Whose side are you on in this battle? Do you agree with Braunwyn that Shannon is a liar? Share your thoughts below in the comments section.