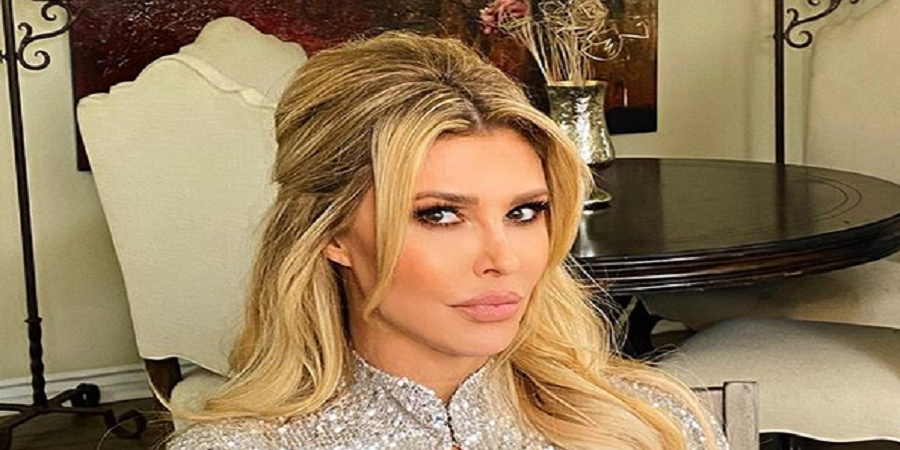 Brandi Glanville shocked fans when she posted a photo from her modeling heyday. Before she became a Real Housewife, she was a model. RHOBH fans knew little about Brandi Glanville aside from her marriage to Eddie Cibrian. When she appeared on The Real Housewives of Beverly Hills, she had major drama with SUR-ver Scheana Shay.

The Vanderpump Rules star admitted to the affair. Then, Brandi’s world was rocked when Eddie found love with country singer LeAnn Rimes. The two met on the set of a Lifetime film. Since then, Brandi has grown into her own person.

She’s known for causing hijinks on the reality series. Now, fans are learning about her past.

On Friday, November 6, the RHOBH star shocked fans with her throwback post. Brandi Glanville wanted to take part in #FlashbackFriday. She shared a beautiful photo of herself from when she modeled. The photo showed Brandi walking down the runway in a bathrobe and a big smile on her face.

“#Runway Modeling robes back in the dizzay..which is now basically my everyday outfit,” Brandi jokingly captioned the post. She also included the hashtags “#FBF” and “#FlashbackFriday.” Brandi’s post racked up over 2,800 likes.

The Bravo star was barely recognizable in the photo. Some would say she looks like model Chrissy Teigen. Most of the fans commented on her stunning looks. Here are just some of the comments:

One fan commented that Brandi looked like Cindy Crawford back in the day. Others thought it was popular ’90s supermodels Nikki Taylor or Elle McPherson. A third fan thought Brandi looked more like a mix of Nikki and Kristi Taylor.

RHOBH star used to be a model

Brandi Glanville used to be a model in the ’90s. She previously appeared on The Real Housewives of New York to reminisce about her modeling days with fellow former model and former Housewife Kristen Taekman. The two ladies were friends since the ’90s. Brandi spent most of her time modeling before the reality fame came along.

Starcasm published several of Brandi’s modeling photos from those times. There are some that fans can’t find anywhere else. She also shared some of those in Episode 4 of Season 4 of RHOBH. While some fans noticed that she looks different, she’s still as gorgeous as ever.

Brandi still has the same bone structure and resting face. But she was all smiles in the throwback photo she posted on Instagram. Despite it all, the podcast host still has an incredible figure. Brandi was known for her incredibly long legs.

What are your thoughts on Brandi’s throwback post? Are you shocked to learn that she was a model? Sound off below in the comments section.