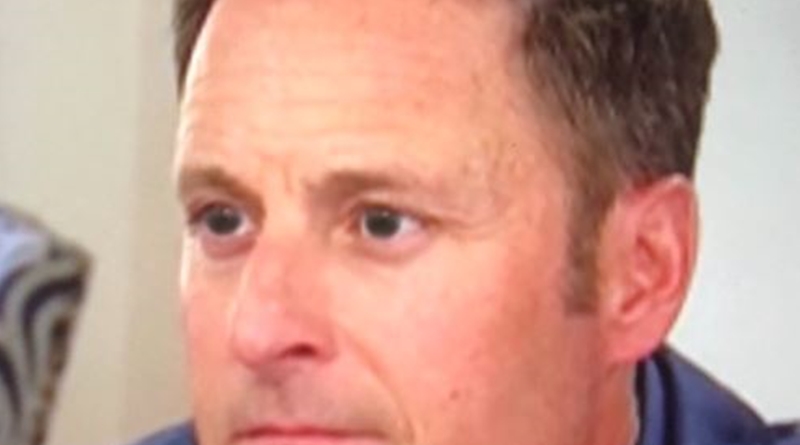 Bachelorette lead, Clare Crawley, fell in love with Dale Moss. And, that’s all old news now. But for a long time, people claimed that she already spoke to Dale Moss prior to her season on the show. Naturally, that gave him an advantage over the other contestants. And, she continually denies it. But, Chris Harrison’s in no mood for lies, So, he tackles her about it.

Fans already saw that Clare and Dale sent the production team into a total spin. And, that meant she and Dale left the main filming set. Tayshia Adams arrived as spoilers already revealed. Impatient fans finally turned their minds away from Clare and onto Tayshia. We reported that Clare felt “no remorse” about blowing up the season. But, Chris Harrison’s not done with her yet.

On Thursday, November 5, Bachelorette fans saw Dale and Clare become engaged. But, US Weekly notes that on November 10, fans see more of them. In the preview for that episode, Chris Harrison grills them about whether they talked before filming. Well, he already raised that on November 5. So, obviously, it troubles him deeply as he tackles them about it yet again. Simply put, fans don’t believe they never talked prior to the show.

In the preview, Chris says, “There’s skepticism out there.”And then he asks, “Did you lie to all of Bachelor Nation?” As she already denied that, probably, she comes out with a big “no.” Over on Twitter, fans reacted to the promo. Unhappy, one fan wrote, “What producer thought we wanted another episode of the Dale and Clare chronicles. If [the] next episode is all them then count me out.”

And, no matter what The Bachelorette lead tells Chris in the next episode, a lot of people think she obviously talked with Dale. A fed-up fan commented, “Clare had the worse energy from the second the season started…she cry her eyes out..to Dale for everything. so without a doubt this girl knew Dale wayyyyyyyy before. that’s it she [can’t] deny this at all.”

If Clare really never talked with Dale before the ABC show, then other fans also feel skeptical about the longevity of their relationship. They think she literally put Dale on the spot with that early engagement. How could he say “no” on national TV? One fan wrote, “You pushed Dale into proposing when you probably don’t know much about him at all. Y’all won’t last. You can see it in his reactions.”

Another Bachelorette fan revealed their feelings on it as well. They commented, “the only way [Clare] can get my respect is if [they] have been dating before this season during covid and pretended not to know each other so they can get that free engagement ring and wedding.”

Chris Harrison: the next step would be a proposal
Dale:
#bachelorette pic.twitter.com/DF8cmxplUH

What do you think about Chris Harrison revisiting the issue of whether Clare Crawley and Dale already spoke before the show? Are you sick of it and just don’t care anymore? Sound off in the comments below.