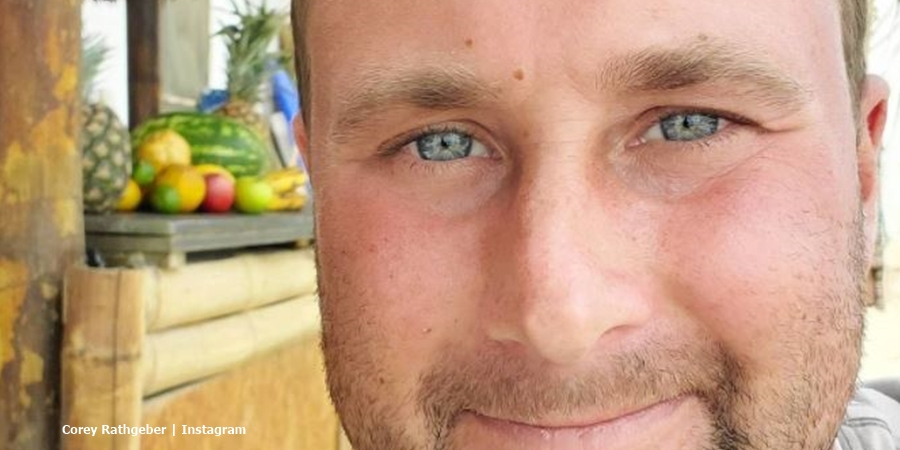 90 Day Fiance stars on Instagram experience people arguing on their posts. Almost anyone who celebrates the Biden win before ratification gets slammed. Over and over, people comment on how the media can’t call the election winner. And, they tell people some recounts and court challenges need completion first. But, when Corey Rathgeber celebrated the Biden win, critics insulted him. And, all because he lives in Ecuador.

On November 7, Corey, like many other TLC stars, took to his Instagram and celebrated the news media calling Biden the election winner. He shared a photo of himself in Ecuador. And his caption read, “Feels good to finally hear the results of our next president! Congrats @joebiden …let’s make USA great again ;)” Well, first up, some critics slammed him for using a Trump slogan in his post.

Clearly, lots of people hate that Corey still lives in Ecuador. And, fans don’t understand all the confusing information about him and Evelin. So, they grow suspicious of their motives. We reported that recently, after they talked about a split, Corey then called her his “fiance” again.  90 Day Fiance fans struggle with keeping up with the flipflop posts that he and Eveline share. And, Entertainment Chronicle points out that a lot of people think they married years ago anyway.

Apart from countless people saying Corey celebrates too early as the result of the election’s not official, others insulted him. One person wrote, “Your president is in Ecuador 🇪🇨.” And, another TLC fan wrote, “You don’t live here anymore.” Then, someone else took up the theme with, “I think that you forgot that you don’t live here anymore.” Well, some loyal fans explained that Corey still holds US citizenship and his vote also counts. Plus, even if he couldn’t vote, he has the right to “congratulate” who he likes.

But, that never stopped the comments against Corey. One 90 day Fiance fan noted, “Why does it even matter to you, if your never moving back, (sic).” But, things became nastier than that. “You are in Ecuador, obvious you don’t care for good presidents. Ecuador is suffering with theirs,” one person said. And then, this comment sounded hurtful: “Who cares what an ex-pat simp thinks??” Ouch! 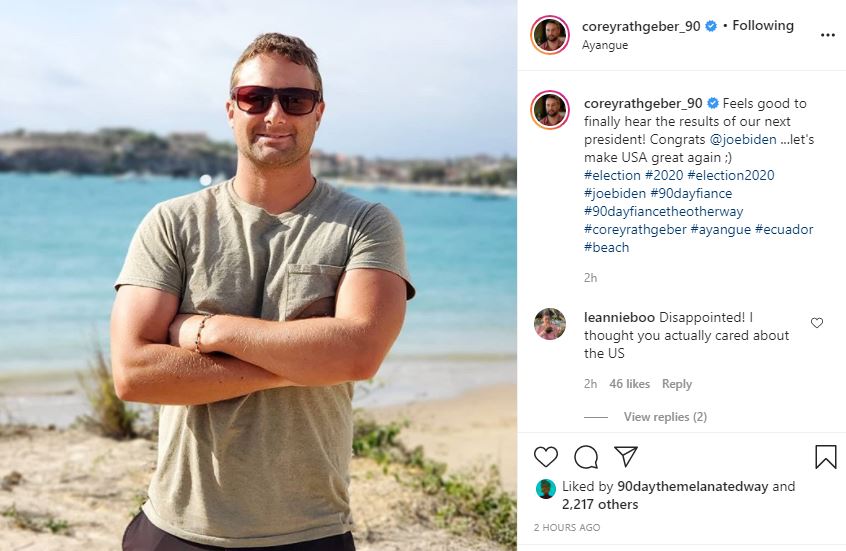 The Federal Voting Assistance Program notes that some states even accept votes from people who never lived in the USA but they hold citizenship. And, the US Department of State (Travel) notes, that as long as citizens outside the country submit a “Federal Post Card Application (FPCA)” ahead of the elections, most of them can vote by “absentee ballot.”

So, those people, who insult the 90 Day Fiance star for living in Ecuador seem to miss the point that people outside the country don’t always lose their voting rights.

Does Parker Kate Busby Suffer From A Pediatric Disorder?
‘OutDaughtered’ Fan Drags Photo Of Hazel Busby, Too Much?!
Duggar Fans Not Impressed With Family’s Response To Josh’s Allegations
What Is Hazel Busby Up To That Grossed Out Her Mom This Weekend?
‘Extreme Sisters’ Brittany & Briana Celebrate First Mother’s Day