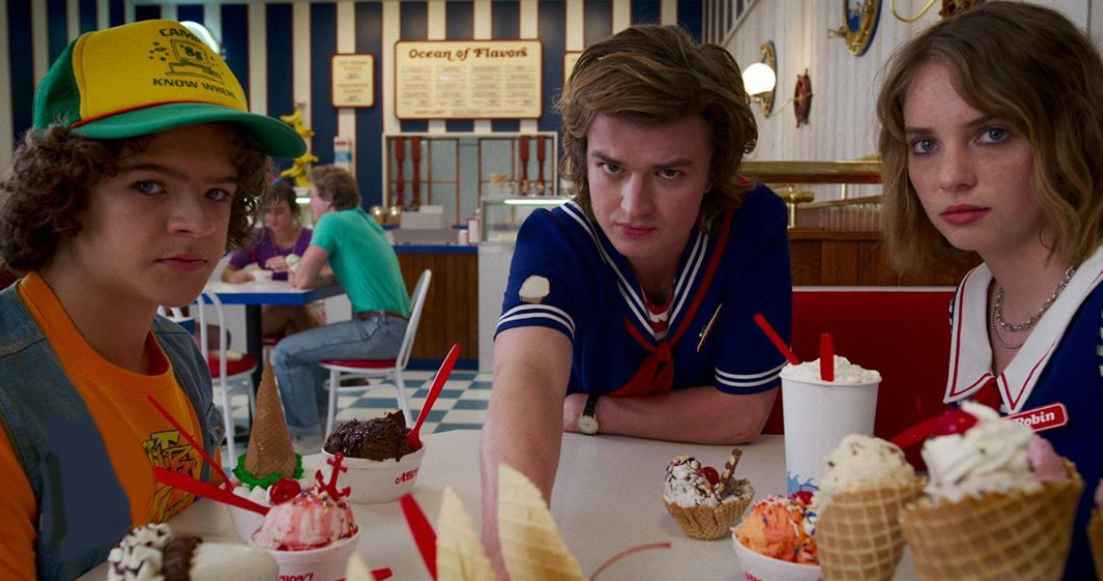 Production on Season 4 of the Netflix series Stranger Things was well underway when the COVID-19 pandemic stopped production. It is a rare thing when the coronavirus pandemic actually does good. However, in this case, producers believe the break from the show’s production actually helped in the long run.

Producer Shawn Levy was recently interviewed by Collider, where he revealed what happened. It turns out the show’s writing team was able to finish up writing the season before the filming continued. This was the first time in the four-season history that the scripts were complete before filming.  While it is obviously upsetting that fans will have to wait longer for Season 4 of Stranger Things, it worked out in the show’s favor.

Levy said the pandemic “definitely massively delayed shooting and therefore the launch of our current Season 4, date still TBD.” However, he said it impacted “very positively” for the Duffer brothers. The delay allowed them to write the entire season, for the first time ever, prior to filming. It also allowed them to rewrite in such a way as they rarely had before. Levy said that due to this, the “quality of these screenplays is exceptional, maybe better than ever.”

The Duffer Brothers had previously posted an image of a stack of the season’s scripts, revealing they were completed on June 18. With the pause in filming, they had time to go through them again, perfecting each character’s script. They have also been posting updates from filming since it restarted recently. Each revealed the precautions the cast and crew are taking due to the ongoing COVID-19 pandemic.

So far, there are no spoilers about Season 4 of Stranger Things. However, the recent teaser trailer did reveal that Sheriff Hopper is alive and (sort of) well. The trailer showed him working hard in what looks like a Siberian prison. Oh, and did you know that today is Stranger Things day?

37 YEARS AGO TODAY, IN HAWKINS, WILL BYERS WENT MISSING…👽💡💥

THE REST IS HISTORY…📺💯🤩 #StrangerThings

During the interview with Collider, Shawn Levy did point out that fans will have something to keep them busy. He spoke briefly of his new Netflix series, Dash & Lily.

Levy said, “Come November 10th, you’ll have Dash & Lily to help pass the time!”  The new series stars Austin Abrams, Dante Brown, Midori Francis and Troy Iwata. While not quite the same as Stranger Things, it sounds like a whole lot of fun. The synopsis reads, “A whirlwind Christmas romance builds as cynical Dash and optimistic Lily trade dares, dreams and desires in the notebook they pass back and forth at locations around New York City.” Of course, this comedy series will help to get us all in the Christmas holiday mood while we wait!