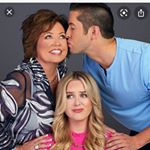 On the new TLC show, I Love a Mama’s Boy, this mama doesn’t know what a long-distance relationship with her adult son is about. Nor does she want to find out!

The sneak peek is out and it is rather disturbing

On Sunday’s episode of TLC’s fans watch the new series I Love a Mama’s Boy. 28-year-old Jason breaks the news to his mother Annette that he may need to relocate his family out of state due to his job. Jason is engaged to the beautiful Justina, 26. They are currently planning their wedding, with his mom’s help. Jason breaks the moving news while on a mother-son spa outing. Needless to say, the over-bearing mother doesn’t take the news very well.

Don’t leave Mama! Who will go to the spa with her?

Annette frantically tries to plead with her son. She tells him, “You’re not thinking about how much of an impact it will be to not have family close by, to not have me there.” Jason tried to reassure her he’ll fly back and forth to visit his mother and family often.

But this doesn’t seem to settle Annette’s fears about the distance between her and her son.”That’s not the same,” says Annette, fighting back tears. “Jason, seriously, I cry when you guys leave just to go home an hour away,” she pleads, according to PEOPLE‘s sneak peek

Despite him wanting to move, Mama can’t handle it

hat she doesn’t think her son is “considering my feelings as his mother,” saying. She continues, “He’s trying to do whatever he needs to do to be the man he needs to be for Justina and Taylor and I respect that, but I also think he doesn’t understand how much it will break my heart.”

The clip ends with Annette insisting to her son that “Mom will come up with something,” vowing to devise a “plan B” so he may possibility of having to relocate. Will it work? Tune in to see!

“At TLC, we are always spicing up our relationship series to surprise and delight our fans. I Love a Mama’s Boy is no exception,” said Howard Lee, President and General Manager of TLC. “From outrageous family dynamics and culture clashes to jaw-dropping mother-son rituals. We know viewers will go crazy for this fresh new love and relationship series.” he continued. Fans have been watching some dramatic mother and son duos, making normal people want to move as far away as possible from their mother. The first episode premiered on Oct 25th.

Have you checked out TLC’s newest show? Let us know your thoughts in the comments down below.