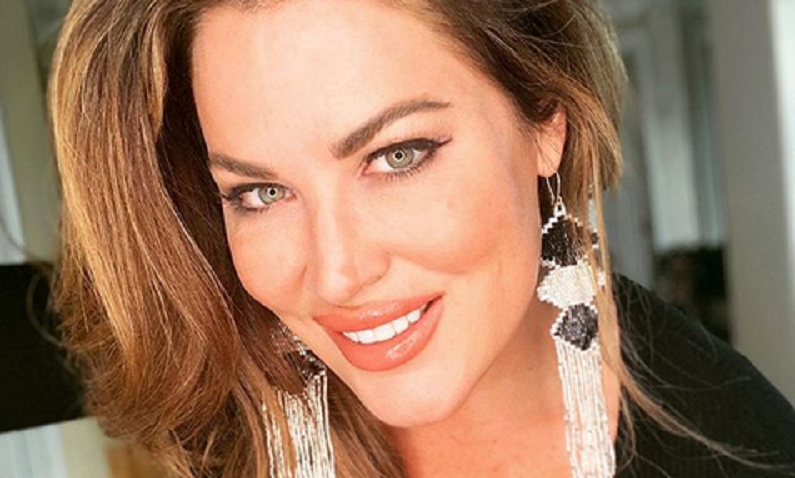 Emily Simpson revealed that she’s still close to Kelly Dodd and Alexis Bellino. As fans know, she hasn’t gotten along with Braunwyn Windham-Burke. Emily denied Braunwyn’s claims that she unfollowed her on social media for political reasons. But fans wanted to know why Emily didn’t attend Kelly Dodd and Rick Levanthal’s wedding.

They noticed that she was absent from the event. Kelly documented her big day on social media. Among the many videos and photos, Emily was missing. In a new episode of the Watch What Happens Live: After Show, Emily explained why she couldn’t attend Kelly’s wedding. She also revealed that she still talks to Alexis Bellino.

The Real Housewives of Orange County star spoke to host Andy Cohen about her absence at Kelly Dodd’s wedding. Emily Simpson revealed that she’s very close to Kelly. It was just unfortunate because she wasn’t able to attend due to the coronavirus pandemic.

“We are close and it just didn’t work out,” Emily said on the WWHL: After Show. “It was very last minute and she could only invite like 20 people because of COVID and she had a small venue so obviously her family and Rick’s family were first priority.”

In that same interview, Emily also revealed that she’s still close to former RHOC cast member Alexis Bellino. Back in 2018, Alexis sued Shannon Beador and Tamra Judge for defamation after they claimed that Jim Bellino went to jail on Heather McDonald’s podcast. Despite their friendship, Emily said that she didn’t try to get in the middle of that situation.

“That whole thing with Jim Bellino has nothing to do with me and I never talked about Shanon’s case with Alexis before,” she said.

Emily Simpson also revealed that the “lemonade boy” comment was her favorite part of Wednesday night’s episode of The Real Housewives of Orange County. During that episode, Brauwnyn Windham-Burke made her dramatic exit from Shannon Beador’s housewarming party. She asked Shannon’s boyfriend’s son to help her locate her husband. Shannon assigned each of her kids tasks and made them wear outfits emblazoned in lemons.

Braunwyn tried to get the boy’s attention by calling him “Lemonade boy.” Then she asked him to help her find her husband. The teenage boy didn’t like the remark and shared it with the other kids. Shannon’s daughters and others were understandably annoyed by the comment. Andy asked Emily what she thought about that moment.

If Life Doesn’t Give You Lemons, Call for the Lemonade Boy! #RHOC

The Real Housewives of Orange County is on Wednesdays at 9 p.m. ET on Bravo.

‘MAFS’ Sneak Peek: What Is Briana Worried About?
‘Unexpected’ Star Ushers In 18th Birthday With Her ‘Favorite People’
‘My 600-lb Life’ Update: Where Is Carrie Johnson Now?
‘Bold and the Beautiful’: Steffy Concerns Grow Over New Take-Charge Finn
Could A ‘One Tree Hill’ Revival Happen?