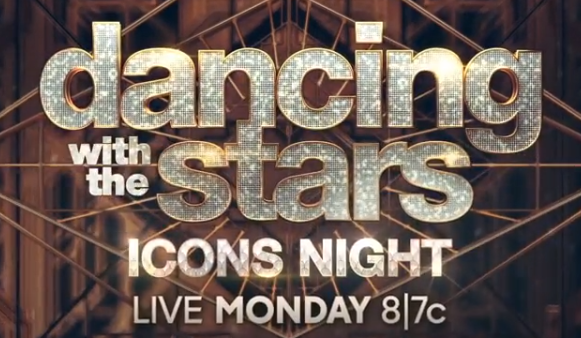 Dancing With The Stars has a lot of fun themed nights this year. When the competition returns on Monday night, fans can expect to see their favorite contestants emulating some popular music icons.

Who Will DWTS Contestants Choose To Honor?

“I am doing Britney Spears in her prime,” former Bachelorette Kaitlyn Bristowe told Parade.com. “I am so, so excited. As a kid, teenager, whenever she blew up, I just loved her confidence, her dancing and her singing, and the performance level she always brought, so I am very excited. She has put out some bangers.”

Kaitlyn and her partner Artem Chigvintsev will perform the Argentine Tango to “Toxic” by Britney Spears. Meanwhile, AJ McLean and Cheryl Burke will perform the Viennese Waltz to “Somebody To Love” by Queen.

“I am a huge fan of Queen, so Freddie Mercury is my icon,” AJ said to Parade.com. He said they were still deciding on the look, but he may trim down his beard to better mimic Freddie. Fans are certain the DWTS costume designers will come up with something good.

Olympic figure skater Johnny Weir idolizes Amy Winehouse but hasn’t been able to perform to one of her songs yet. He and Britt Stewart will perform the Quickstep to “Valerie” by Mark Ronson, featuring Amy Winehouse.

“We had to pay homage to someone who made such wonderful music that I enjoy with an aesthetic that was rough and raw and so gifted and talented,” said Johnny. “To celebrate an icon like Amy Winehouse is special to me because I have dealt with so many pressures in my life and Amy did in hers, too. I think it is really hard at times for people to remember that it’s okay to feel pressure, it’s okay to have to work through things. I think to celebrate that message is really important to us.”

It's #IconsNight on #DWTS 🤩 The biggest stars dance to the biggest artists MONDAY at 8|7c on ABC! pic.twitter.com/GJ5WXAVHe7

The Rest Of The Contestants Picked Great Icons Too

Disney Channel star Skai Jackson and Alan Bersten will pay homage to her hero, Janet Jackson. They will perform the Paso Doble to her song, “If.”

Meanwhile, actress Justina Machado and Sasha Farber will Rumba to Madonna’s “Crazy For You.”

The new episode will feature another face-off challenge like the one we saw last week. After their first routines, the couples will go head to head to compete for bonus points. Nev and Jenna will not compete since they won immunity last week.

Who are you cheering for this season? Who do you think will take home the Mirrorball Trophy? Let us know what you think in the comments. Tune in to the new episode of DWTS at 8 PM eastern time Monday night on ABC.