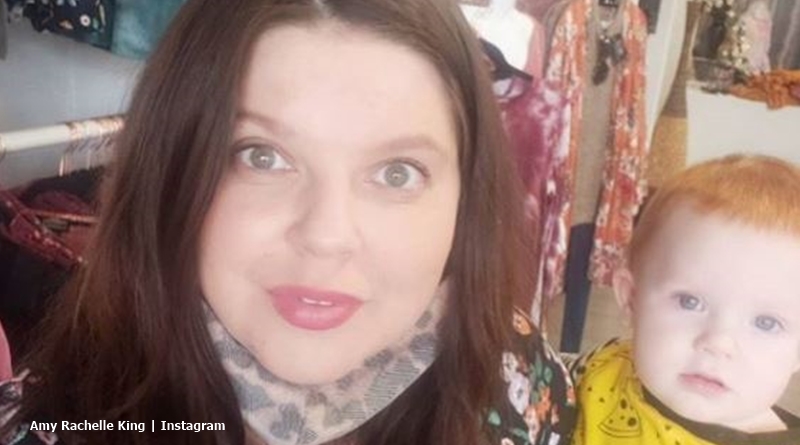 Amy Rachelle King and her husband Dillon welcome Daxton into the world in October last year. And, her cute little boy came along with red hair. As November 5 celebrates National Redhead Day, the 19 Kids and Counting alum shared a cute photo of Daxton on her Instagram.

In her photo, Daxton’s lovely red hair highlights his blue eyes. She captioned it with, “Happy National Red Head day to my little love!😍” And, her fans thought he looked very cute. But, another fan noted the rarity of blue eyes and red hair. They commented, “my son is also red hair/blue eyes. The most rare combo! Only .17 of the worlds population 😍.”

One person noted that Daxton looks so “adorable,” she wants the “same color hair.” But, some redheaded people recall years of teasing and bullying at school. Sometimes, Mykelti Brown Padron from TLC’s Sister Wives dyes her hair red. And, on Reddit, people talked about how that seems odd. After all, so many people suffered years of torment for their rare shade of hair like Amy Rachelle King’s son.

Not always fun being a redheaded child

While adults think red hair looks great, kids often end up bullied. One Redditor noted, “unless you grew up as a redhead… dealing with the comments as a child… sit down.” And, another one commented, “My mom’s a redhead too. I remember hating it when I was young because of the dumb comments… and being different is just awful as a kid. When I’d be upset about jerky kids she’d always tell me I’d like the hair color as an adult. My mom wasn’t right about a lot, but she was about that.”

Hopefully, Amy Rachelle King’s son Daxton doesn’t experience a bad time when he starts meeting a wider circle of kids. One reason other kids might tease redheads could relate to their rarity. We reported about Hazel Busby from TLC’s OutDaughtered. And, we noted, “that red hair usually traces its way back to the Irish. Although not uncommon in Scandanavian countries,” only about two percent of people get born with it.

Why is red hair so rare?

What makes red hair so rare involves the MC1R gene. Apparently, both parents need to carry the gene. So, Eupedia.com notes that “as a recessive trait it must be inherited from both parents to cause the hair to become red.” National Today wrote about National Redhead Day. “In historical folklore, redheads were often accused of being witches who “stole the fire of hell” and were later burned at the stake during the Spanish Inquisition.”

Thankfully, Amy Rachel King won’t need to worry about that for her red-haired son, Daxton.

Disney+ Day Is November 12, All The Good Stuff You Need To Know
Tyra Banks Defends ‘DWTS’ Season 30 Controversial Casting Choice
Dean Unglert Talks Boom Boom Room And Other ‘BIP’ Secrets
‘RHONY’ Season 13 Reunion Canceled: What Does This Mean For The Show?
‘Welcome To Plathville’ Preview: Will Olivia Stay Or Go?