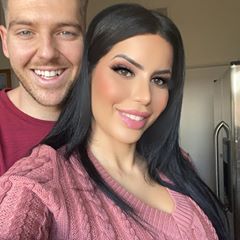 90 Day Fiance ex-star Larissa Lima has brought a lot of drama to the hit TLC show. After TLC let her go from the show, Larissa’s wild accusations have fans’ attention.

The show made her who she is

The Brazilian bombshell has gained popularity and a massive social media following after her appearance on the popular reality show. It seems like Larissa doesn’t have fond memories of her time on the show. She told her followers that TLC is far from being a family company. That’s not all. She also revealed that the reunion was the worst part. The reality star didn’t like arguing with co-stars, according to an article by Screen Rant.

With all the flavors in the world, Larissa chose salty

Fans can’t help but feel that Larissa is saying negative things about the show because they fired her. A few even say she is being ungrateful. Mostly because if it wasn’t for 90 Day Fiance, no one would have even know 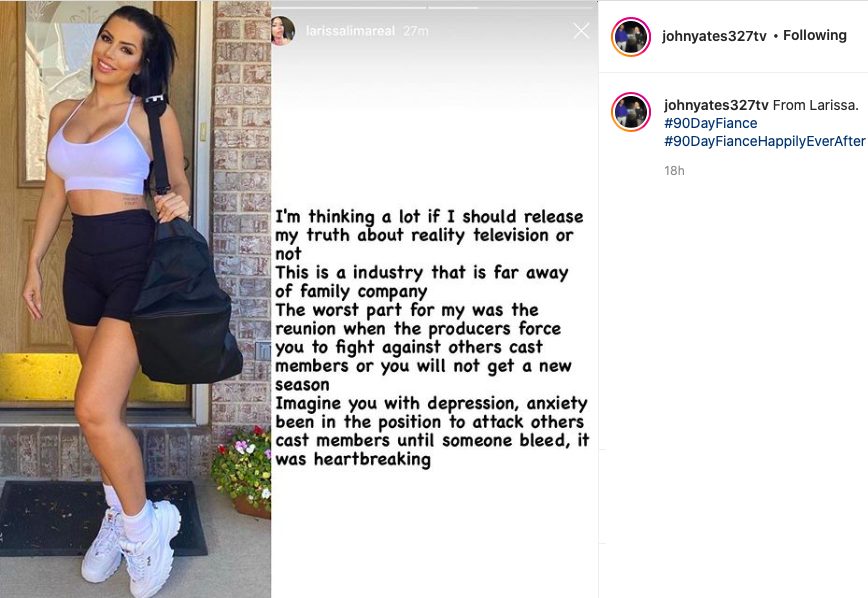 n who the Brazillian babe was.  Is there truth  to her claims, or is she just upset to get fired from a show that brought her popularity?

The biggest accusations from Larissa Lima

Larissa basically let the cat out of the bag by saying the producers put the contestants against each other. She claimed that fighting and arguing with other contestants is a way to win another season of the show. Do you agree that more drama means more viewers and TLC likes that?

Larissa can’t handle the drama of the show

Larissa said it was hard and heartbreaking for her to be in the awkward position to feel that she had to verbally hurt other cast members. Anxiety and depression were a big part of the entire experience on the show for her. Fans had watched her getting into a fight with co-star Elizabeth Potterhast. Does that mean the whole show could be a hoax? There’s always a possibility with any reality show. And if we look at fans’ comments on Larissa’s Instagram, it seems as if viewer opinions are split when it comes to this question.

Larissa has made it a point to let fans know that is glad to have been fired. She now lives in Colorado with her boyfriend Eric Nichols and posts pictures of herself regularly on her Instagram.